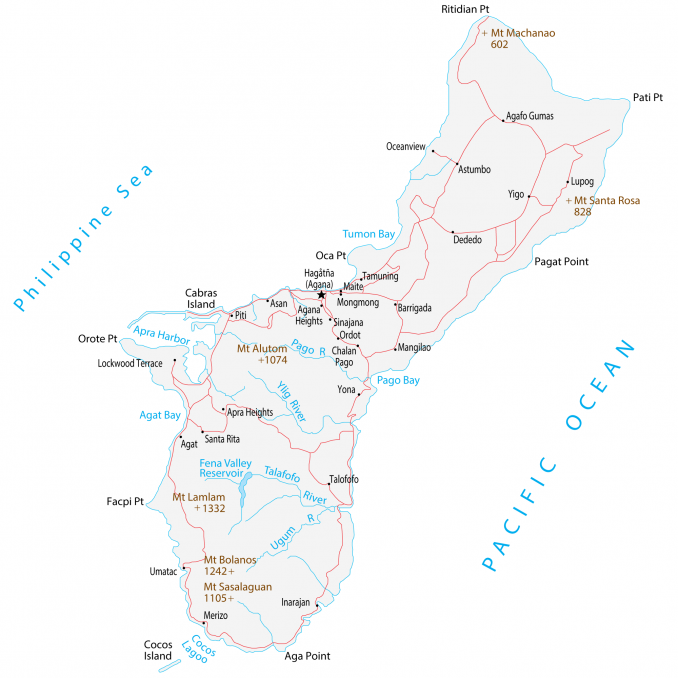 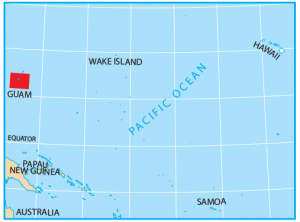 This Guam map shows it all. It displays cities, towns, roads, lakes, rivers, capes, and mountain peaks. Similar to Puerto Rico, Guam is an island territory of the United States. It’s located in Micronesia in the Western Pacific Ocean near the Philippines Sea.

The island is split into two distinct geographic regions. In the north, a limestone plateau is where the majority of the population lives in Guam. The southern region consists of a rugged volcanic highland, where you can find its highest peak, Mount Lamlam. Overall, Guam occupies an area of 544 square kilometers.

Guam has a larger military presence as about ¼ of the territory is owned by the US Navy and Air Force. Previously, the island was occupied by the Spanish for about 300 years. The Chamorro people are the indigenous people from Guam with their own language and set of customs still recognized today.