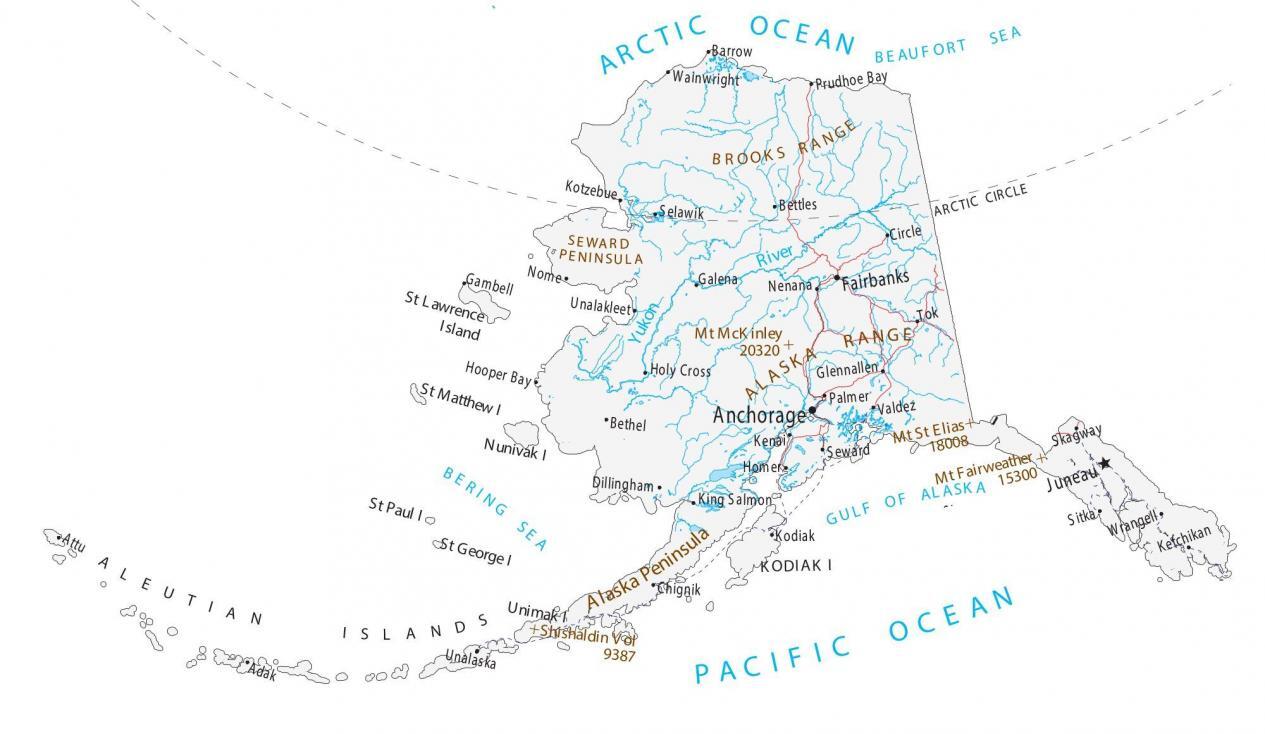 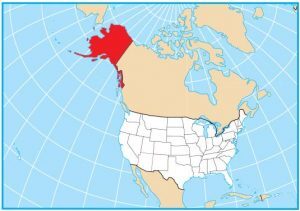 This map of Alaska displays major cities, rivers and mountains. For example, Anchorage, Fairbanks and Juneau are the major cities in the state of Alaska.

Alaska is the largest state, the coldest and has the most glaciers. It’s so cold that it’s as if you’re living in a refrigerator. Alaska is known for glaciers, polar bears and more ice.

Alaska is home of 7 of the 9 largest national parks which are famous for glaciers, springs and forests. In fact, Wrangell–St. Elias in Alaska is over 8 million acres (32,375 km2). There are sometimes big disconnects between cities, villages and towns. For example, Juneau has no roads connecting it to the rest of Alaska.