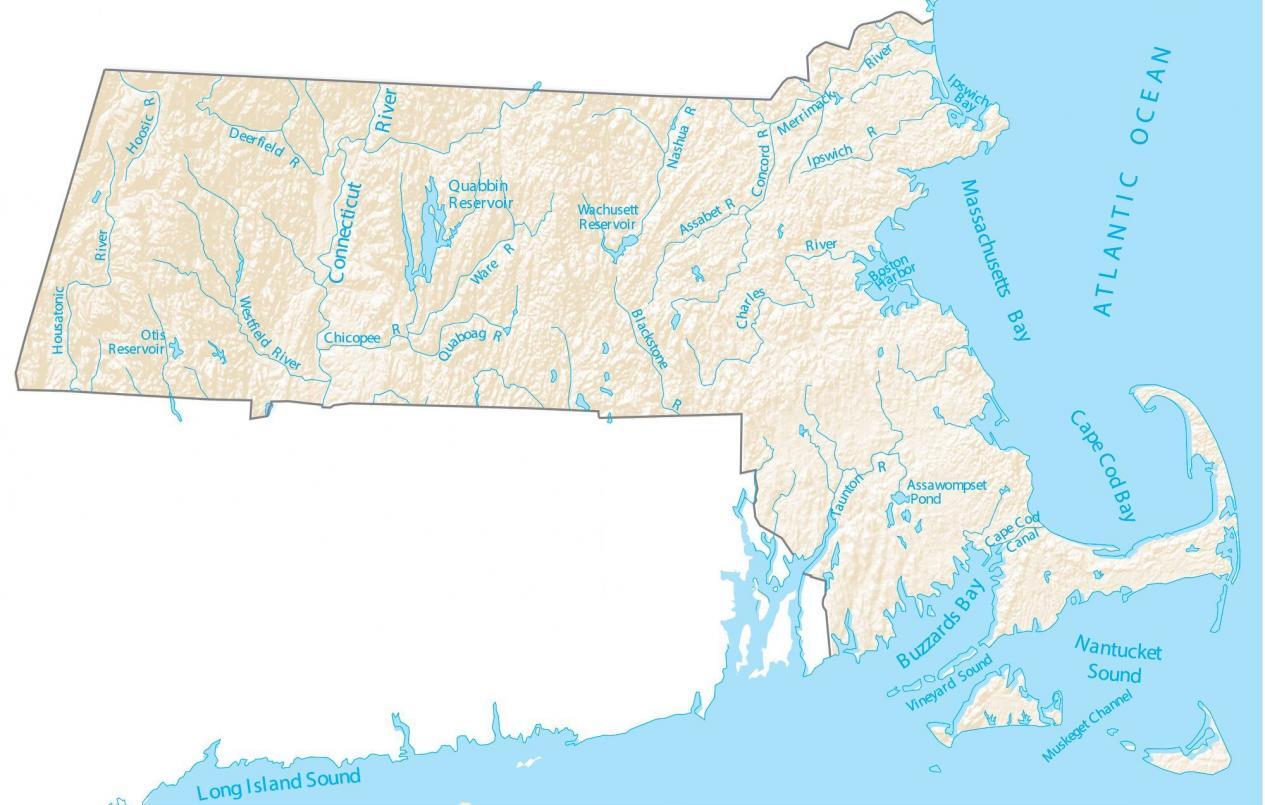 You are free to use our lakes and rivers map of Massachusetts for educational and commercial uses. Attribution is required. How to attribute? 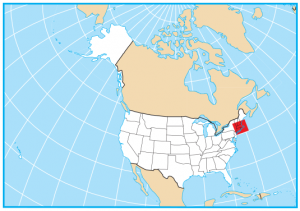 In this map, you will find major rivers, reservoirs, and lakes of Massachusetts. Also, it includes major bays like Cape Cod Bay, Massachusetts Bay, and Buzzards Bay.

In general, rivers in Massachusetts flow into the Atlantic Ocean. For example, the Connecticut River is the longest river in the New England area. It flows through Massachusetts all the way from Canada.

For lakes in Massachusetts, Quabbin Reservoir is the largest. In fact, it’s the largest water supply in the world storing 412 billion gallons. Remarkably, it provides drinking water for the city of Boston and several nearby communities.