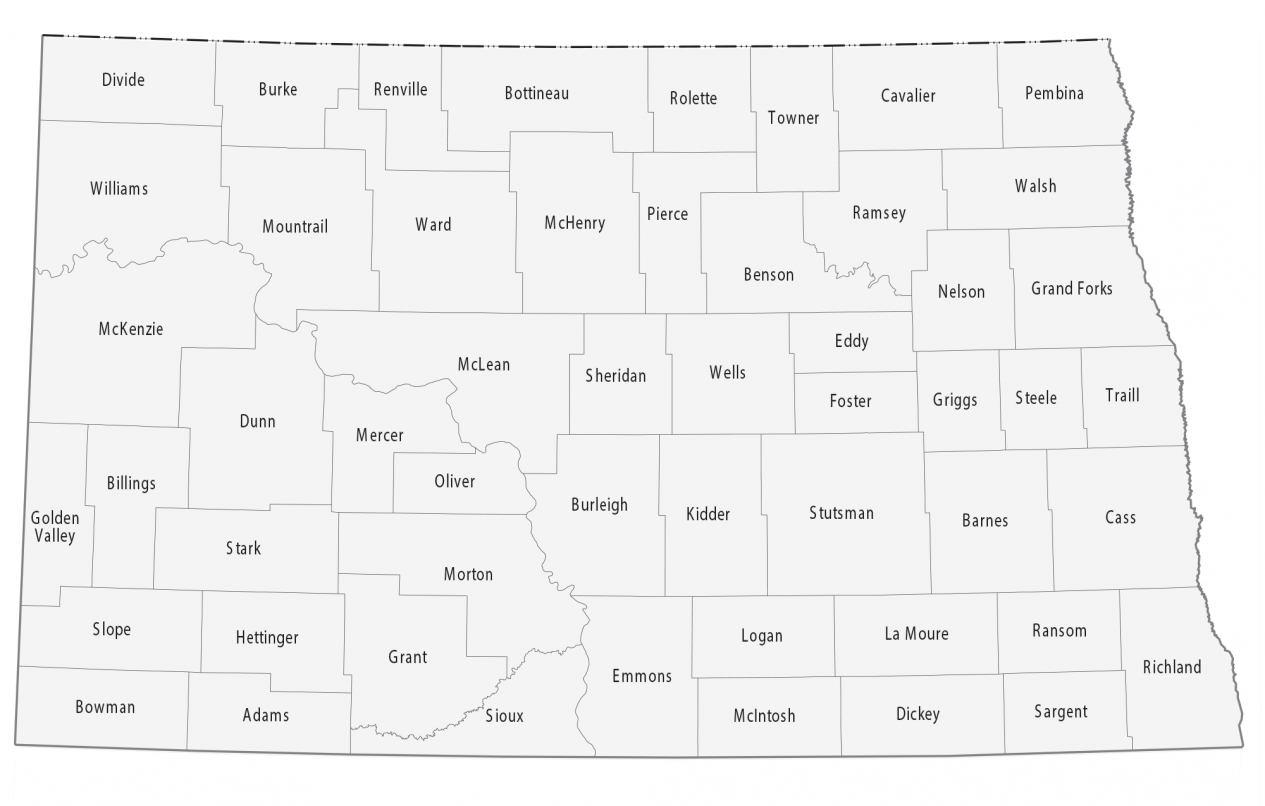 You are free to use our counties map of North Dakota for educational and commercial uses. Attribution is required. How to attribute? 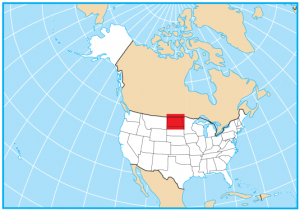 This North Dakota county map displays its 53 counties. Cass, Burleigh, and Grand Forks County have the highest population of all counties in North Dakota.

Cass County has the highest population with an estimated population of 181,923 with the major city of Fargo, North Dakota. But the least populated is Slope County with just 750 residents. In fact, it has such few people that it’s ranked as the 21st least populated county in the United States.

In terms of size, McKenzie County is the largest with an area of 2858.2 square miles. This farming and oil county borders the east boundary of Montana. Conversely, the smallest county in North Dakota is Eddy County with an area of 643.8 square miles in size.