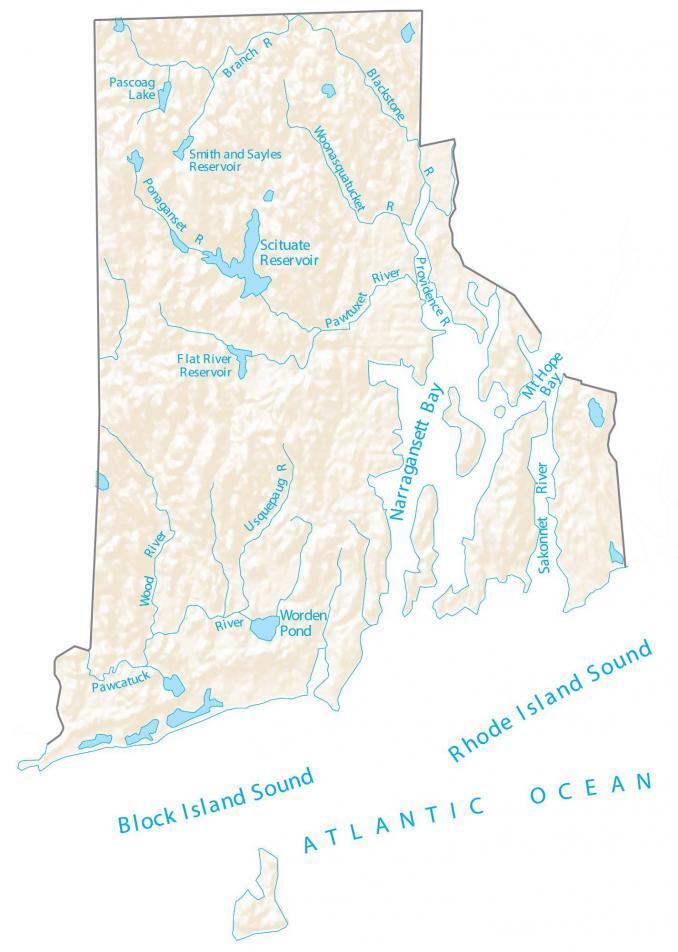 You are free to use our lakes and rivers map of Rhode Island for educational and commercial uses. Attribution is required. How to attribute? 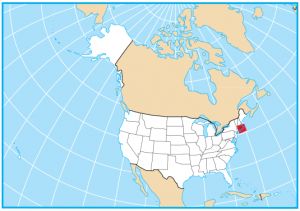 In this Rhode Island map, you will find major rivers, reservoirs, bays, sounds, and lakes like the Rhode Island Sound. In general, the rivers and streams of Rhode Island flow into the Atlantic Ocean.

Blackstone River is the longest river in the state of Rhode Island. This is followed by the Pawcatuck River and Wood River.