This Savannah Georgia map displays roads, highways, and things to do. If you want to explore the city in more detail, check out our interactive map provided by Google Maps.

Savannah is located in east Georgia along the North Atlantic Ocean. It borders the state of South Carolina in the north While the Little Ogeechee River outlines its southern border, it’s the Savannah River that delineates its northern border. 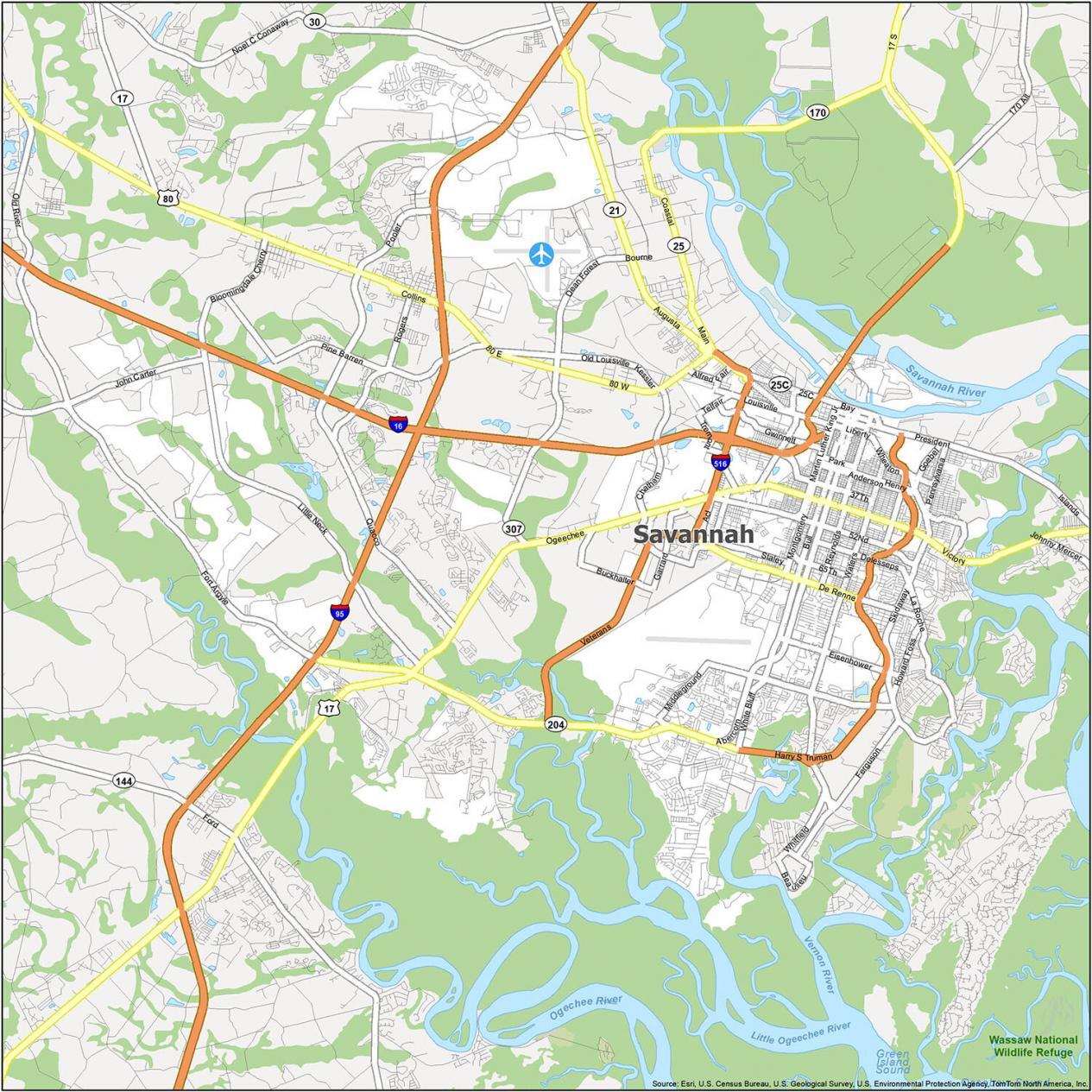 10 Things To Do in Savannah, Georgia 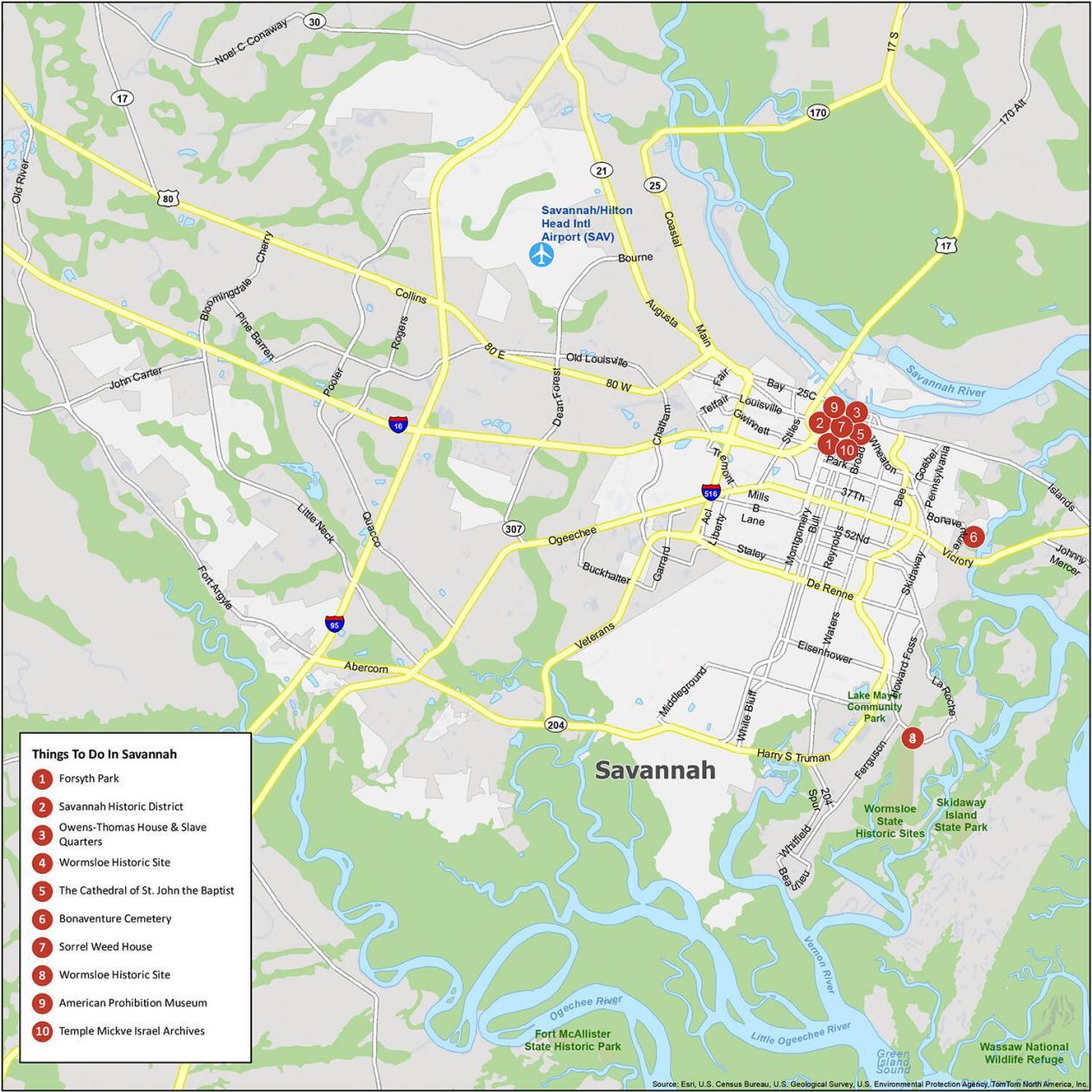 Savannah is known for its rich history, architecture, and picturesque views. If you ever travel to Savannah, we highly recommend these 10 things to do. 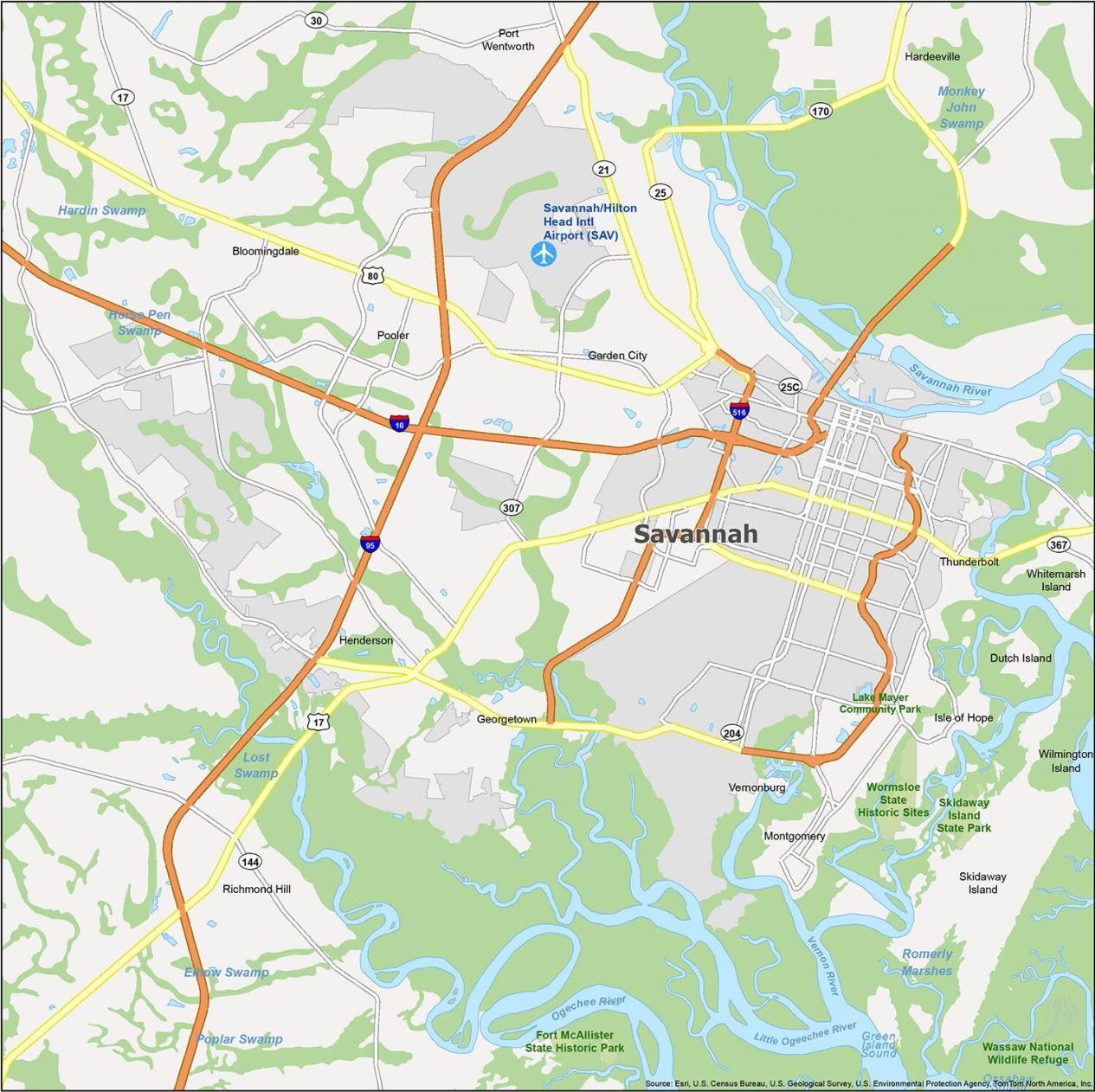