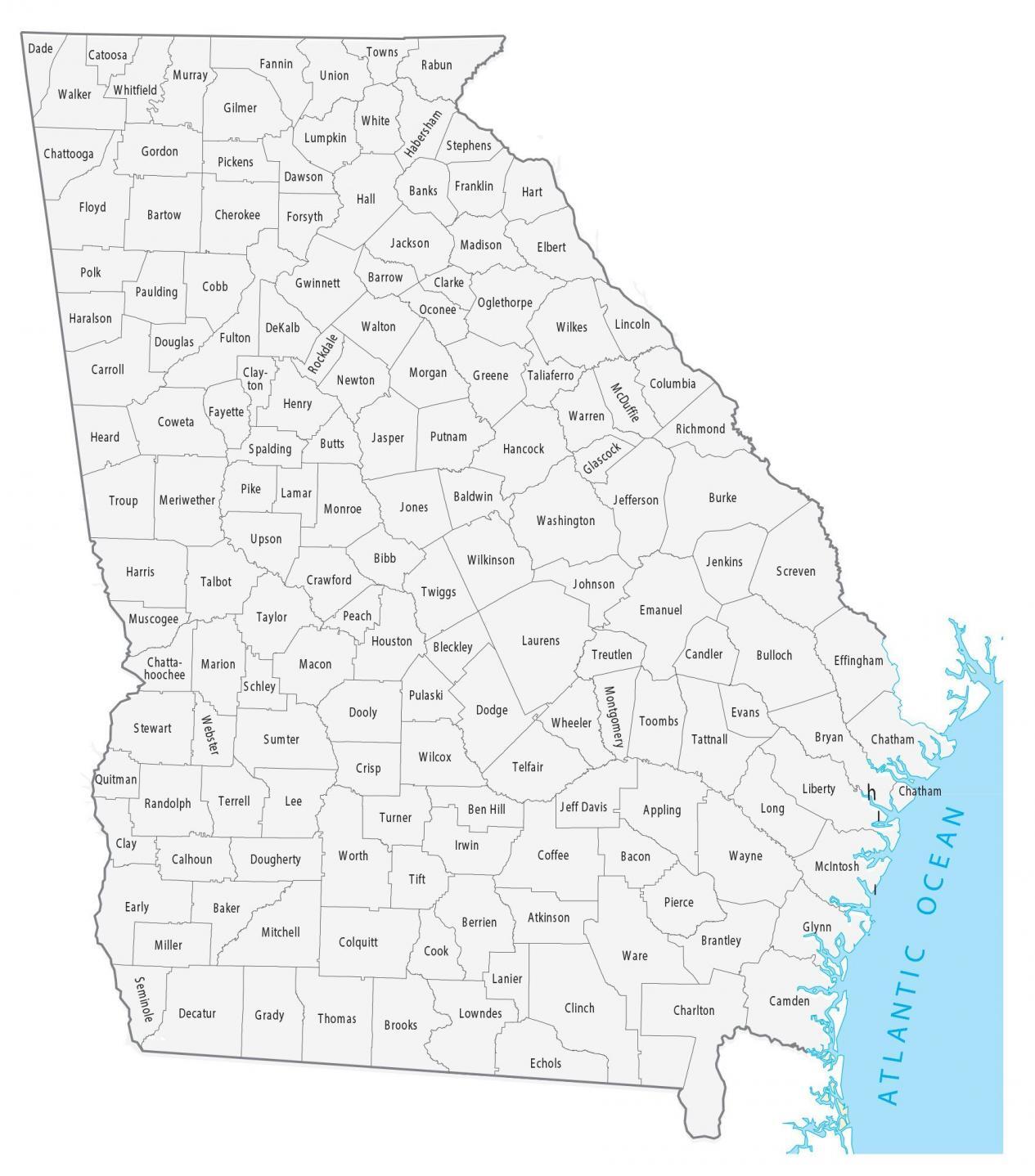 You are free to use our counties map of Georgia for educational and commercial uses. Attribution is required. How to attribute? 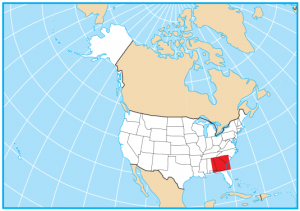 This Georgia county map displays its 159 counties. With 159 counties, Georgia has the second most counties compared to any other state in America. The only other state with more counties is Texas with 254 counties. Just behind Georgia, Virginia has 133 counties, including 38 independent cities.

Fulton, Gwinnett, and Cobb are some of the most populated counties in Georgia. For example, Fulton County has 15 cities, including Georgia’s capital city, Atlanta. Its population has now reached over 1 million people. But the least populated county in Georgia is Taliaferro County with just over 1500 people.

In terms of geographic area, the largest county is Ware County with a size of 907.9 square miles. This county is odd-shaped including the southern portion of Okefenokee National Wildlife Refuge. Also, notable is Bacon County. As delicious as it sounds, the origin comes from Augustus Octavius Bacon, a former US politician.