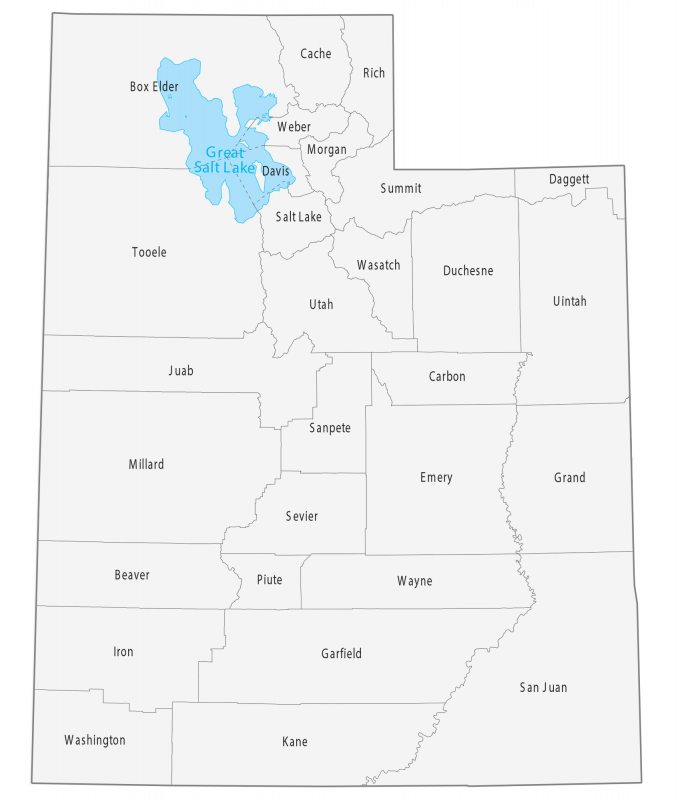 You are free to use our counties map of Utah for educational and commercial uses. Attribution is required. How to attribute? 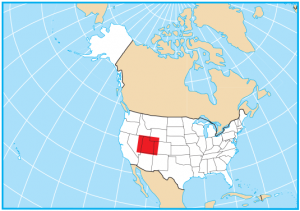 This Utah county map displays its 29 counties. Utah’s tally of 29 counties represents the 14th fewest in the United States. It ties with Alaska, which mostly consists of boroughs, cities and census districts.