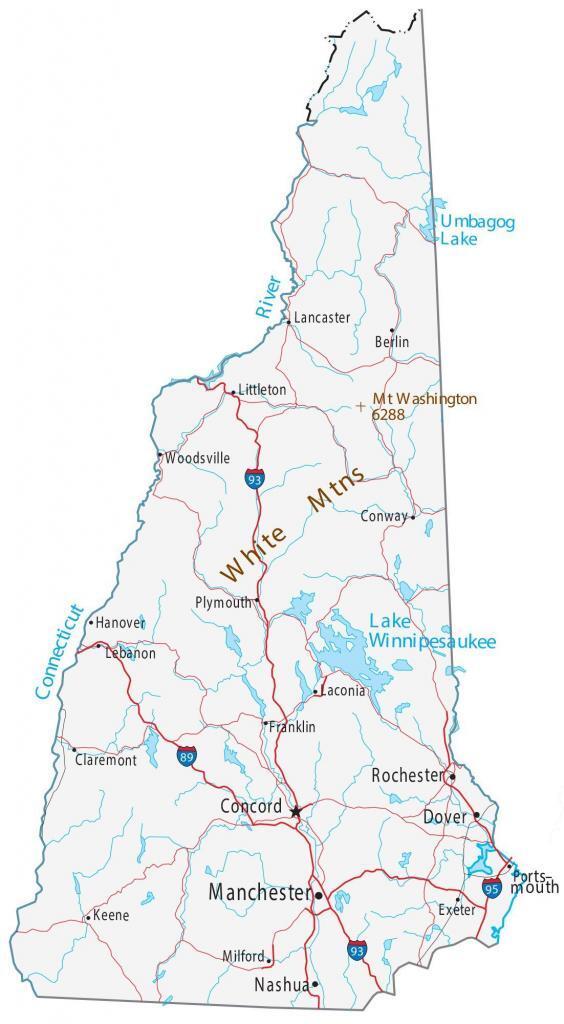 You are free to use our reference map of New Hampshire for educational and commercial uses. Attribution is required. How to attribute? 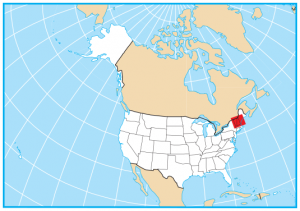 This New Hampshire map contains cities, roads, rivers, and lakes. For example, Concord, Manchester, and Rochester are some of the major cities shown on this map of New Hampshire.

New Hampshire is nicknamed the “Granite State” because of its granite quarries. But it’s also known for its wood-covered bridges, beautiful foliage, and Ivy League colleges like Dartmouth.

The range of the Appalachian Mountains dominate the north. But in the south, the White Mountains are a mix of rugged mountains and narrow valleys. As you can see in the map of New Hampshire below, it borders Maine, Massachusetts, Vermont and the Canadian province of Quebec.