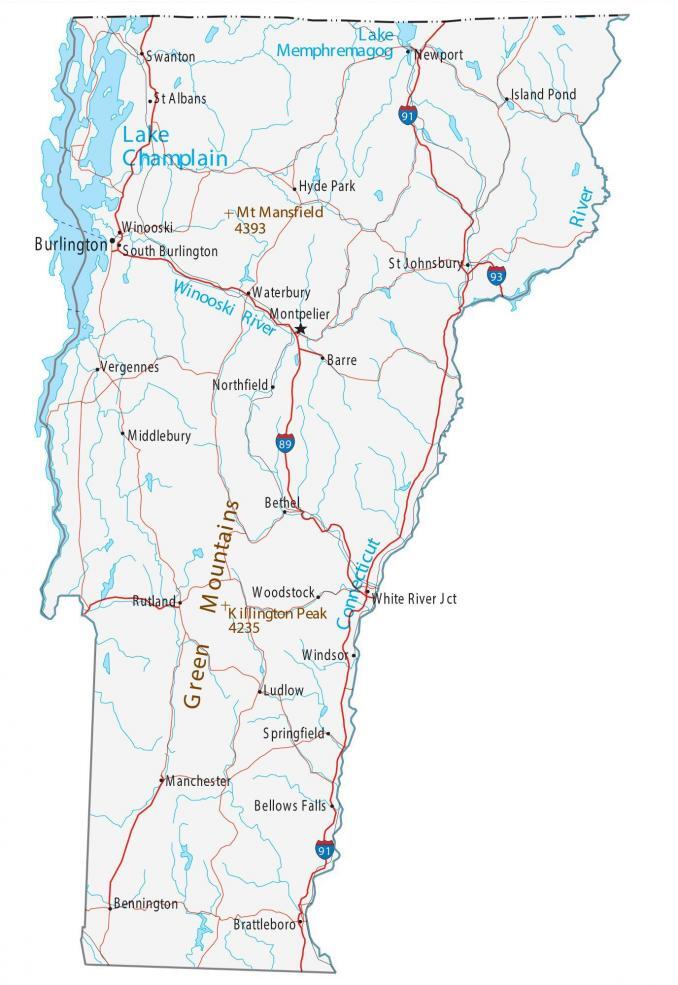 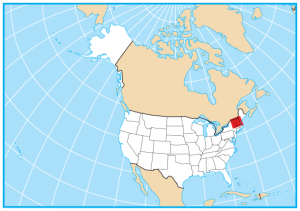 This Vermont map contains cities, roads, rivers and lakes. For example, Burlington, South Burlington and Essex are some of the major cities shown in this map of Vermont.

Vermont is best known for its maple syrup, Ben and Jerry’s ice cream and beaches along Lake Champlain. Its nickname is the Green Mountain State because of its lush green landscape and mountainous terrain.

The state of Vermont is located in the north-eastern part of the United States. It borders New York, Massachusetts, New Hampshire and the Canadian province of Quebec.