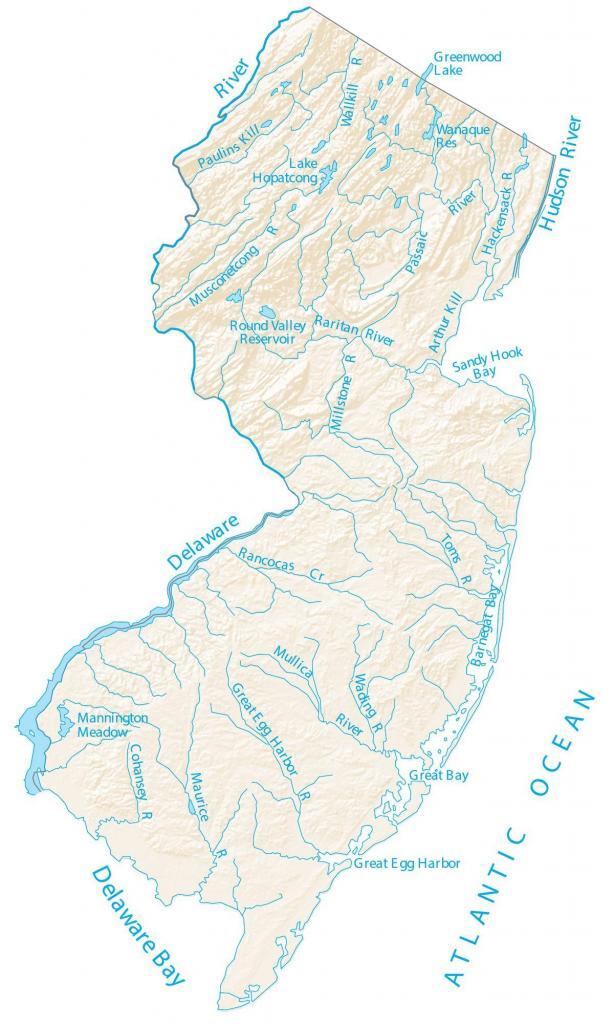 You are free to use our lakes and rivers map of New Jersey for educational and commercial uses. Attribution is required. How to attribute? 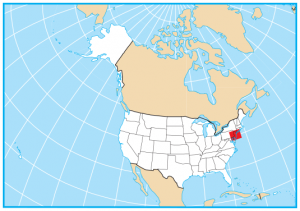 This map shows major rivers, reservoirs, and lakes of New Jersey like Lake Hopatcong. In general, the rivers and streams of New Jersey flow into the Atlantic Ocean.

One of the largest rivers in New Jersey is the Delaware River. In fact, this river separates it from Pennsylvania, creating a border between them.

The largest lakes in New Jersey are Lake Hopatcong, Round Valley Reservoir, and Greenwood Lake. Also, New Jersey is located in the northeast along 130 miles of the Atlantic Ocean coastline. The Hudson River is the longest river in New Jersey, which flows in a north-south direction.