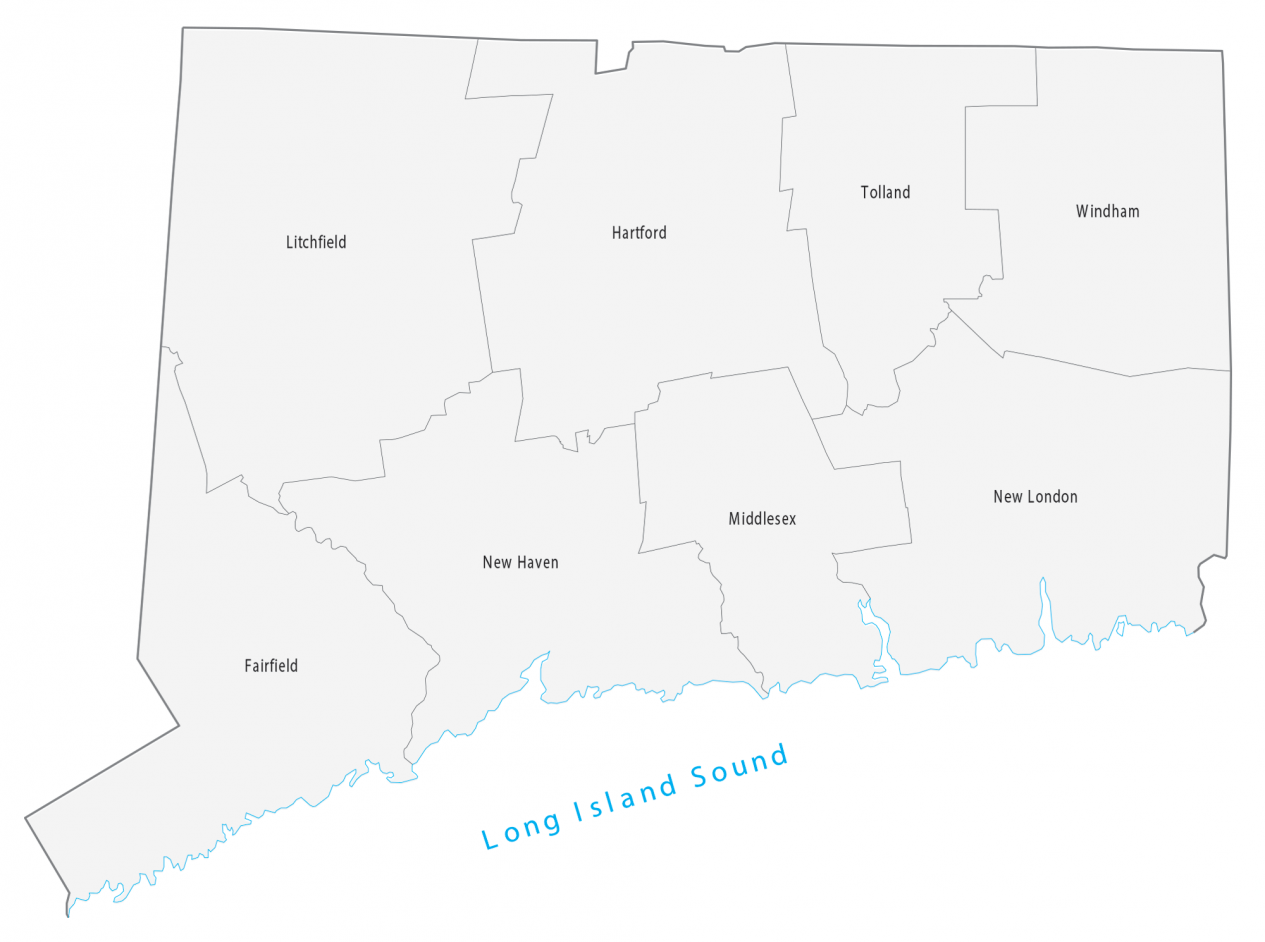 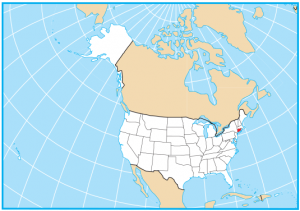 This Connecticut county map geographically displays its 8 counties. Its count of just 8 counties ranks as third fewest in the United States, ahead of Rhode Island and Delaware.

Fairfield, New Haven, and Hartford are some of the largest counties in Connecticut for the population. These 3 counties along with New London formed back in 1666 before the independence of America.

For size and area, Litchfield County is the largest in Connecticut with an area of 944.5 square miles (2446.2 km2). But the smallest county is Middlesex County with an area of just 382.4 miles square. The largest city in Connecticut is Bridgeport, which is located in Fairfield County. But the state capital Hartford and the fourth-largest city in Connecticut finds its place in Hartford County. Another major city, New Haven, resides in a county of its own name New Haven County.