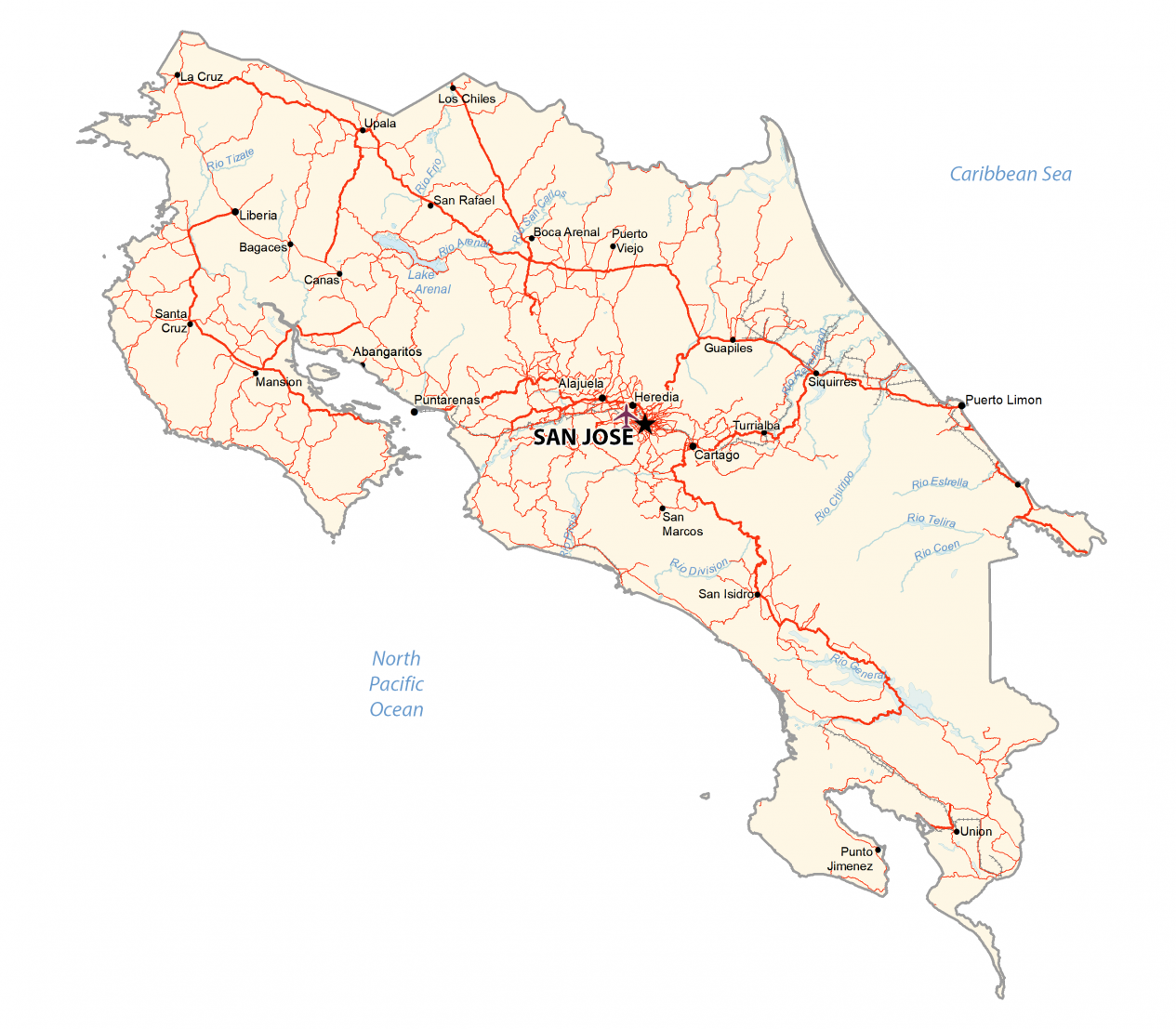 The terrain in Costa Rica is rugged, known for its volcanoes, beaches, and rainforests. Around one-quarter of Costa Rica is protected jungle, where it’s home to diverse wildlife and protected species