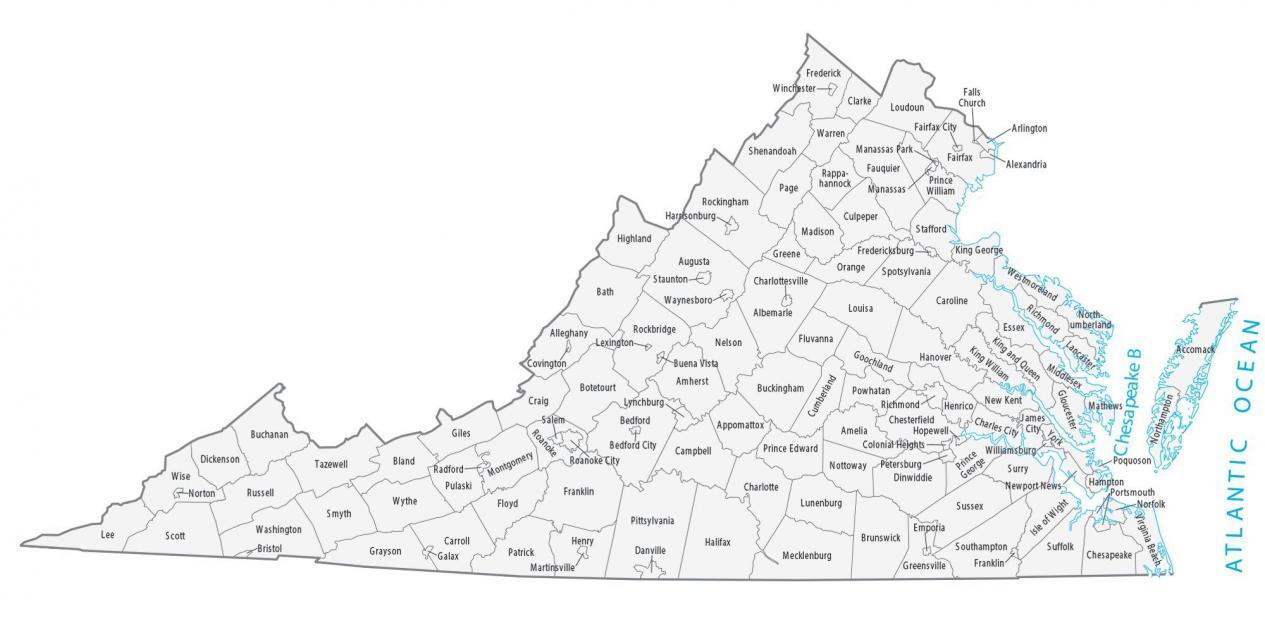 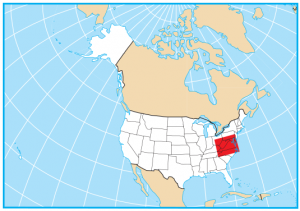 This Virginia county map displays its 95 counties and 38 independent cities. Virginia’s tally of 133 administrative units makes it the third highest in the United States. Only Texas and Georgia have a higher count.

Other than Virginia, the states of Maryland, Missouri and Nevada also have independent cities which are government units are outside the jurisdiction of any county.

For size, Pittsylvania County is the largest county in Virginia occupying an area of close to 1000 square miles. This county is located in the south of Virginia and shares a border with North Carolina.

Still looking for a real map?