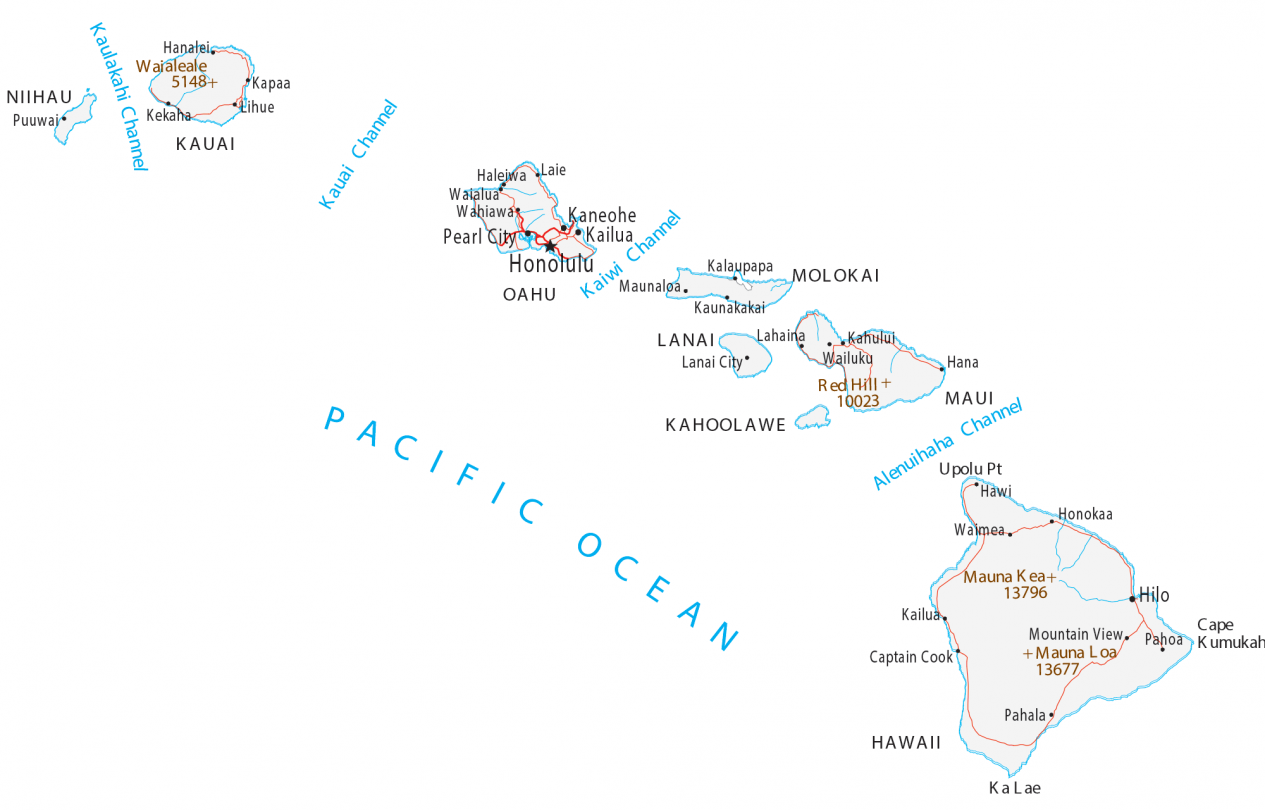 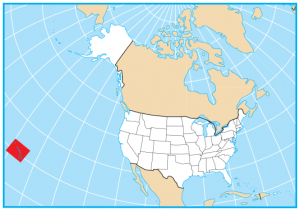 This Hawaii map displays the islands, cities and channels of Hawaii. Honolulu, Pearl City and Hilo are some of the major cities shown in this map of Hawaii.

In fact, the Hawaiian Islands are an archipelago consisting of eight major islands such as Oahu, Maui and Kauai. Kahoolawe, Lānai, Molokai, Niihau and the island of Hawaii are the remaining major islands.

Hawaii is famous for hula, surfing, pineapples. It’s also known for being a living museum for volcanoes with lava tubes and active volcanoes scattered across each island. Finally, it’s also the last state to become a state in America.