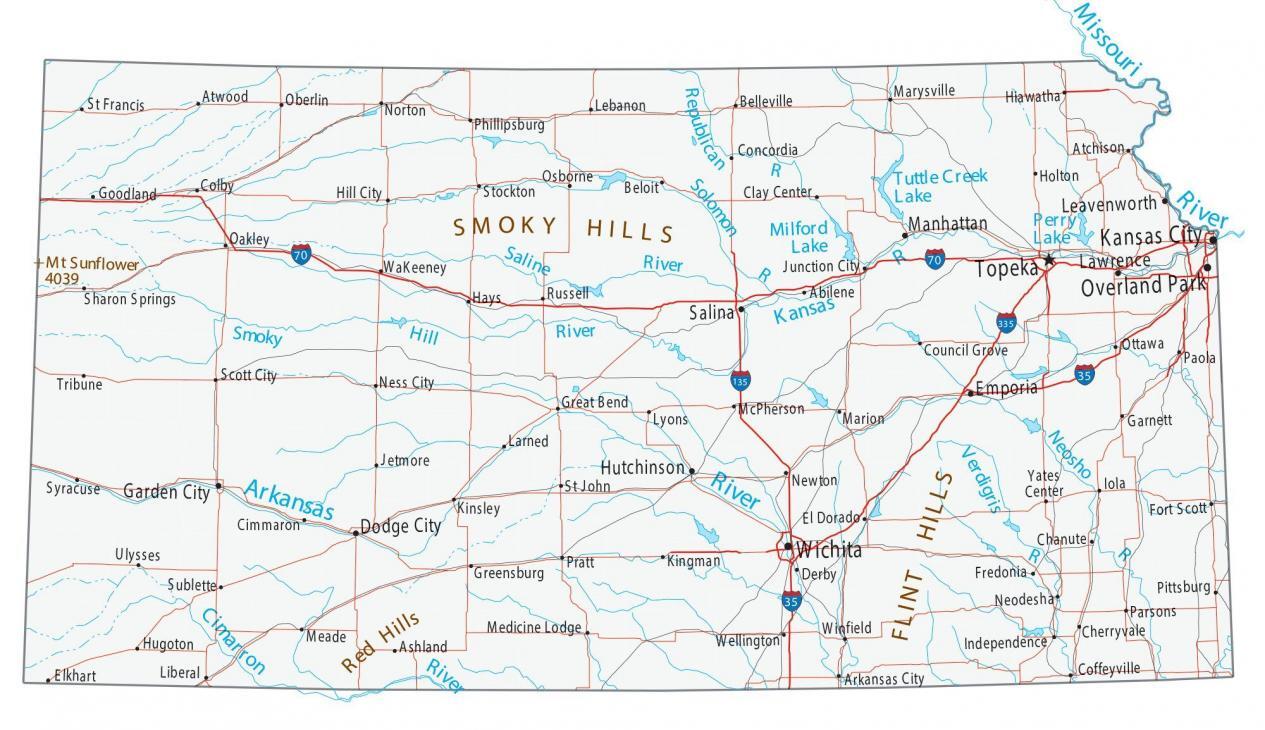 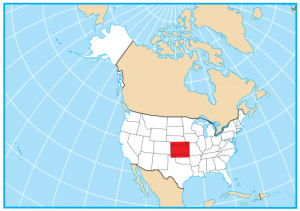 This Kansas map displays cities, roads, rivers and lakes. Wichita, Overland Park and Topeka are some of the major cities shown in this map of Kansas.

Kansas state is the heart of the mid-west and its terrain is flat like pancake. If you thought Iowa was flat, Kansas is one of the flattest in the whole country!

It’s famous for being the geographic center of contiguous United States. But it’s also well-known for Dorothy from Wizard of Oz. “I’ve a feeling we’re not in Kansas any more”. Kansas borders just 4 states including Colorado, Nebraska, Missouri and Oklahoma.