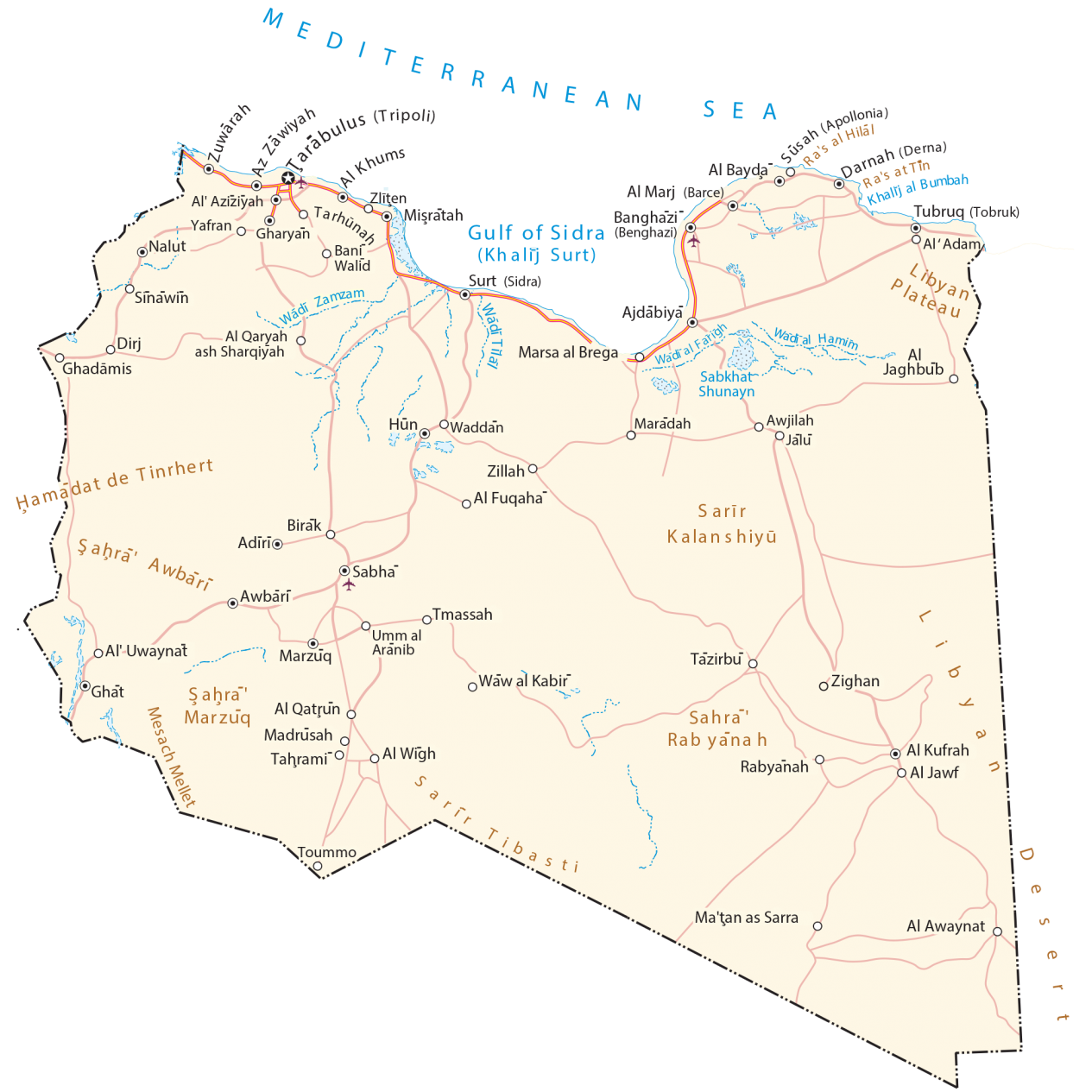 Libya is situated mostly in the Sahara desert with a total area of 1.8 million square kilometers. This makes it the fourth largest country in Africa and 16th largest in the world.

Most of Libya’s population is concentrated along the Mediterranean Sea, including its capital of Tripoli. A total of 6.78 million people reside in Libya with closer to half living in Tripoli and its surrounding area. Libya is known for its oil reserves, deserts, and ancient history.