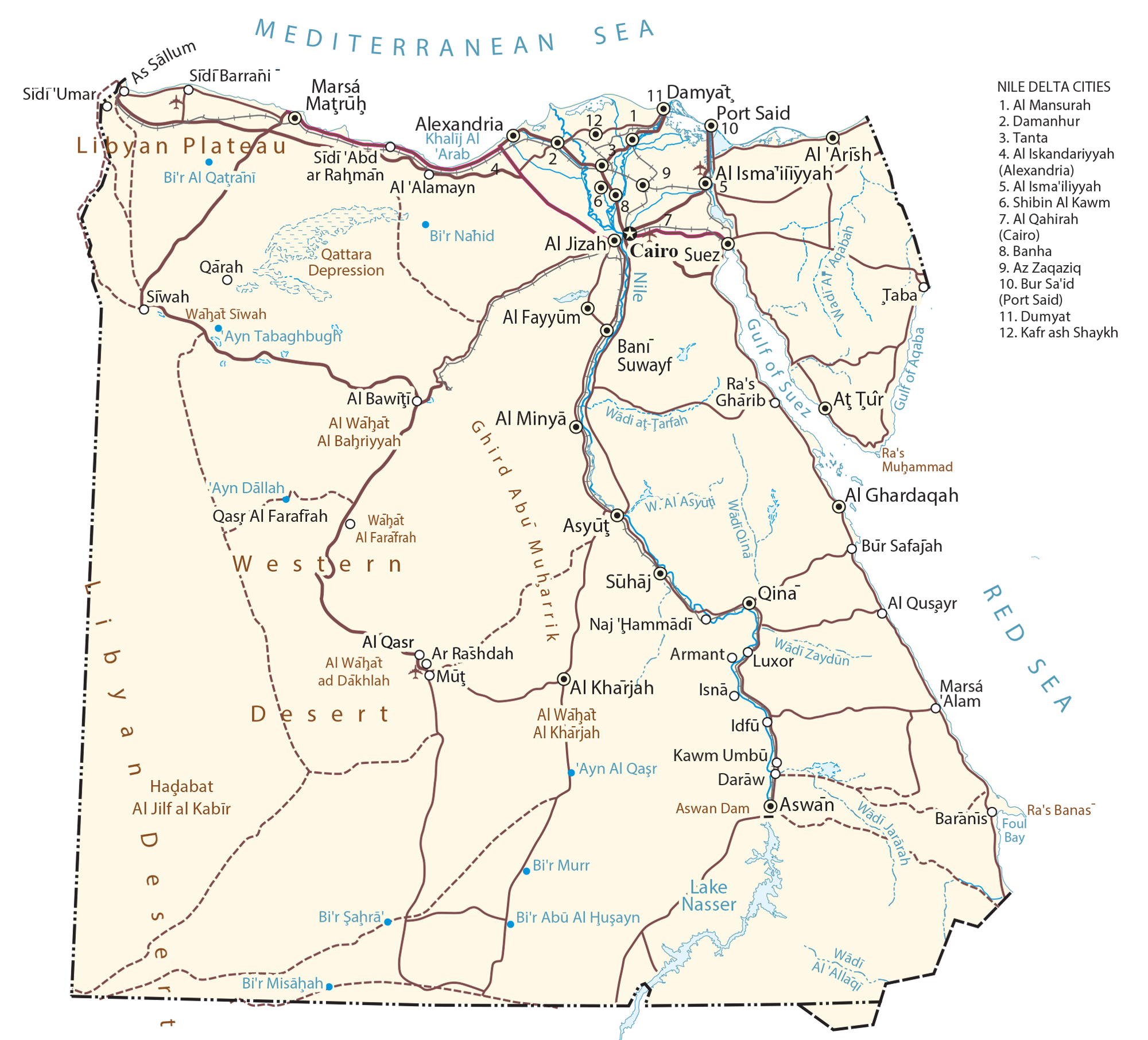 This Egypt map displays major cities, roads, satellite imagery, and elevation. Egypt is a country located in northeastern Africa along the Mediterranean and the Red Sea. It also borders Libya, the Gaza Strip (Palestine), Israel, and Sudan.

Egypt occupies an area of 1,010,400 square kilometers, which is the 12th largest in Africa. This is slightly smaller than Mauritania and larger than the size of Tanzania.

Egypt has a rich history on the Nile River, including developments in writing, agriculture, and settlement. Vast deserts extend to the east and west of the Nile River. Further east, the terrain becomes more mountainous including Mount Catherine, the highest peak of Egypt at 2,629 m (8,625 ft) in height.