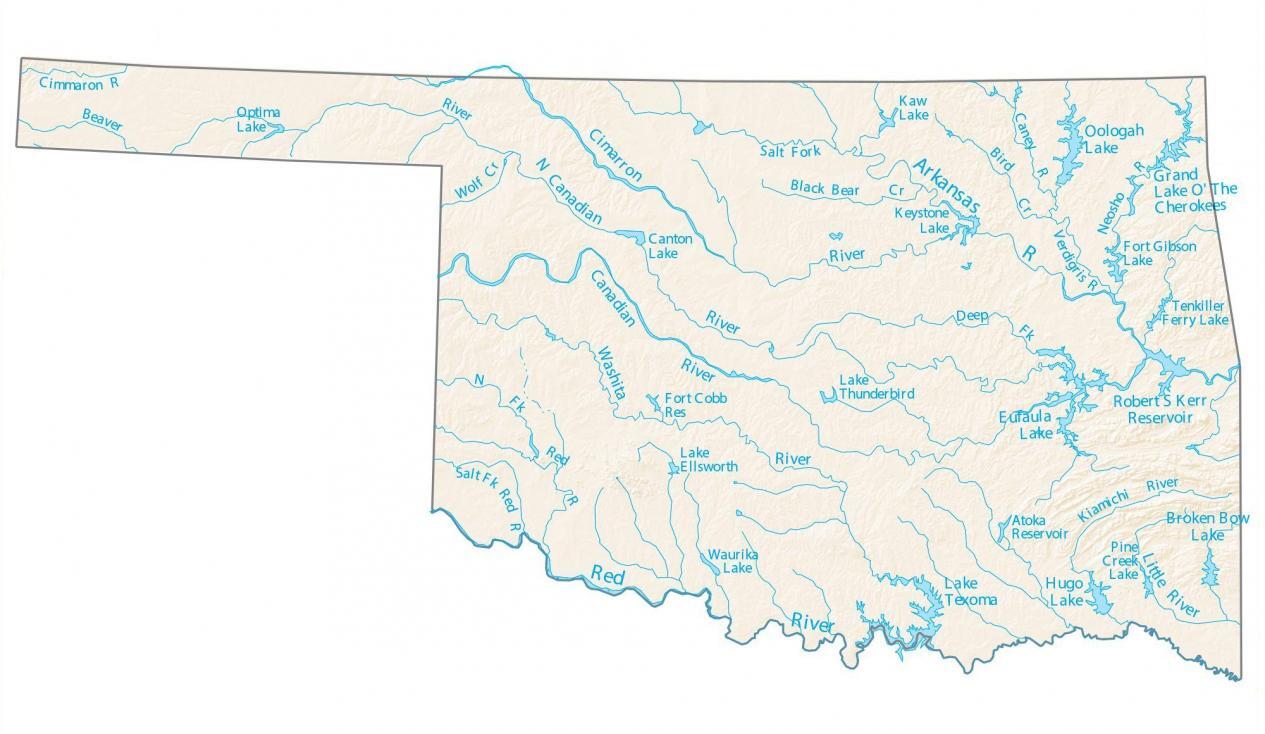 You are free to use our lakes and rivers map of Oklahoma for educational and commercial uses. Attribution is required. How to attribute? 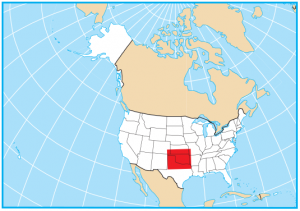 This map shows the major rivers, reservoirs, and lakes of Oklahoma. In general, the rivers of Oklahoma flow into the Gulf of Mexico.

One of the major rivers in Oklahoma is the Red River, which is part of the second-largest river basin in the southern Great Plains. In fact, it’s the river that divides its southern border with Texas.

The largest lakes in Oklahoma are Lake Texoma, Eufaula Lake, and Grand Lake O’the Cherokees. In terms of surface area, Eufaula Lake occupies over 41,000 hectares in three different counties. But Broken Bow Lake is one of the deepest and most scenic in the southeast corner of the state.