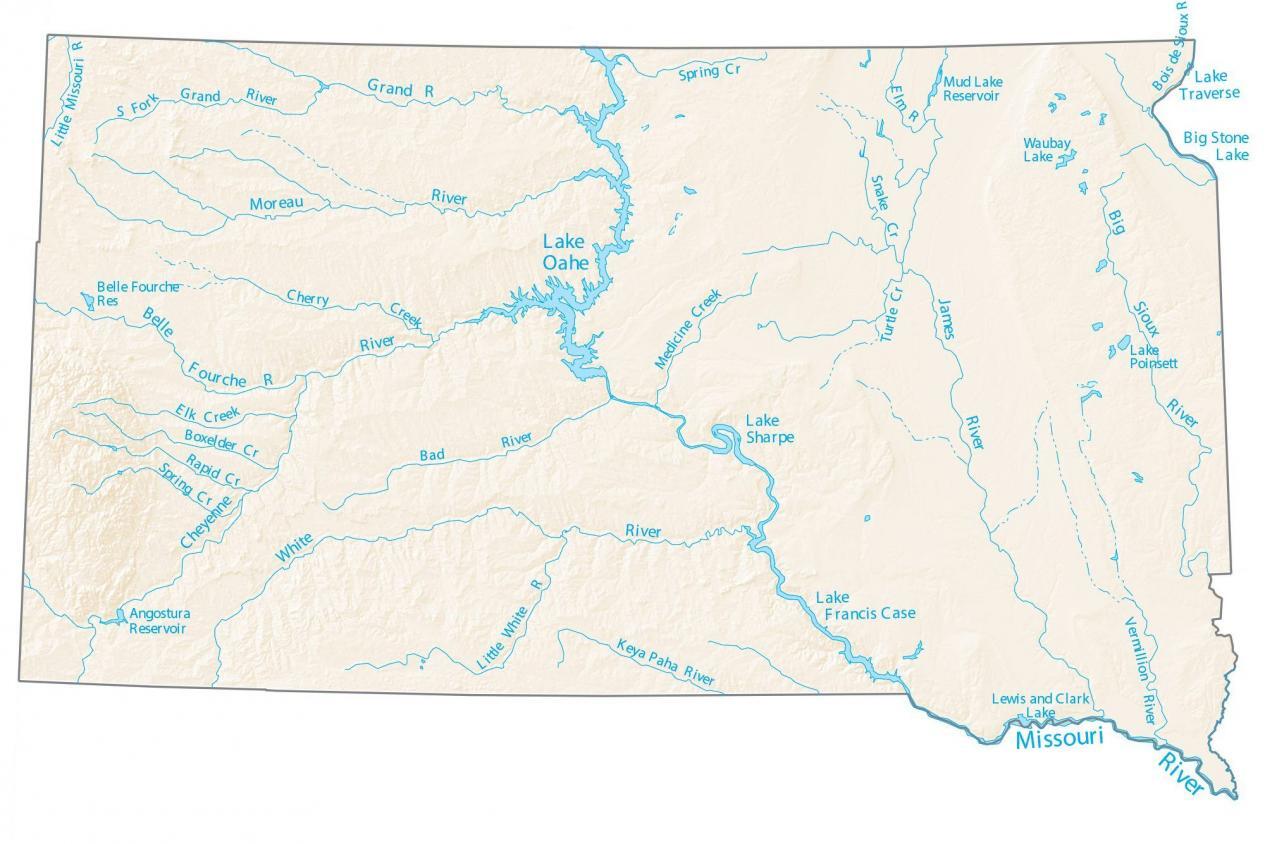 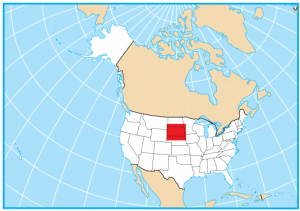 In this map, you will find major rivers, reservoirs, and lakes of South Dakota like Lake Oahe, Lake Sharpe, and Lake Francis Case. In general, rivers in South Dakota flow into the Gulf of Mexico and Hudson Bay.