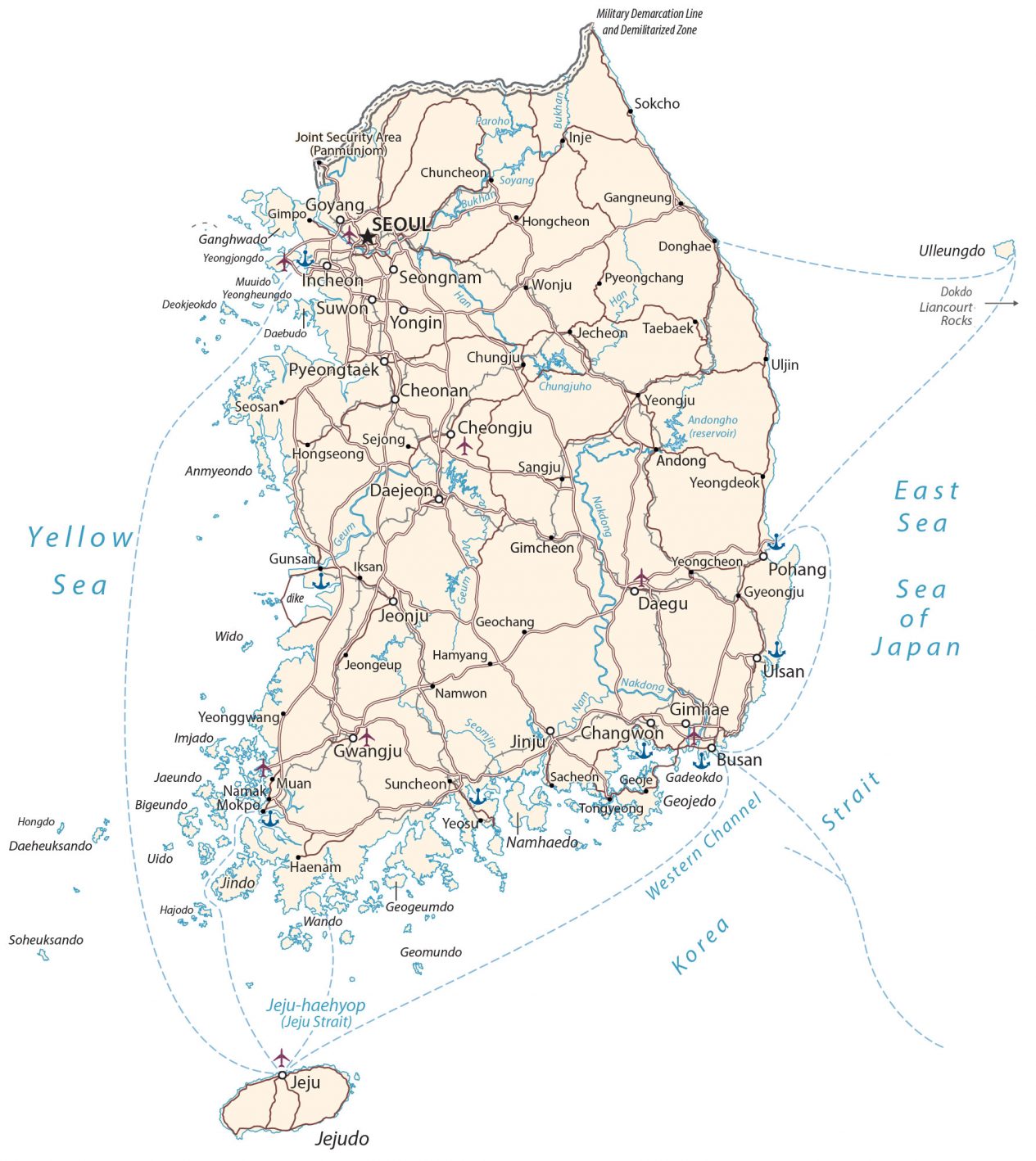 South Korea is located in eastern Asia, occupying the southern half of the Korean Peninsula. It borders North Korea in the north, and Japan across the Korea Strait. South Korea is also situated between the East Sea/Sea of Japan in the east and the Yellow Sea in the west.

The South Korean mainland is mostly mountains. The remainder of it is wide coastal plains, specifically in the southwest. The island of Jejudo in the south of the Korean Peninsula is also part of South Korea. This is where you can find its highest peak, Hallasan, standing 1,950 meters high.

Off the southwest coast of South Korea, there are thousands of small uninhabited islands. This includes the Dokdo/Liancourt Rocks dispute, which is a territorial group of islands claimed by both Japan and South Korea.

Where is South Korea?