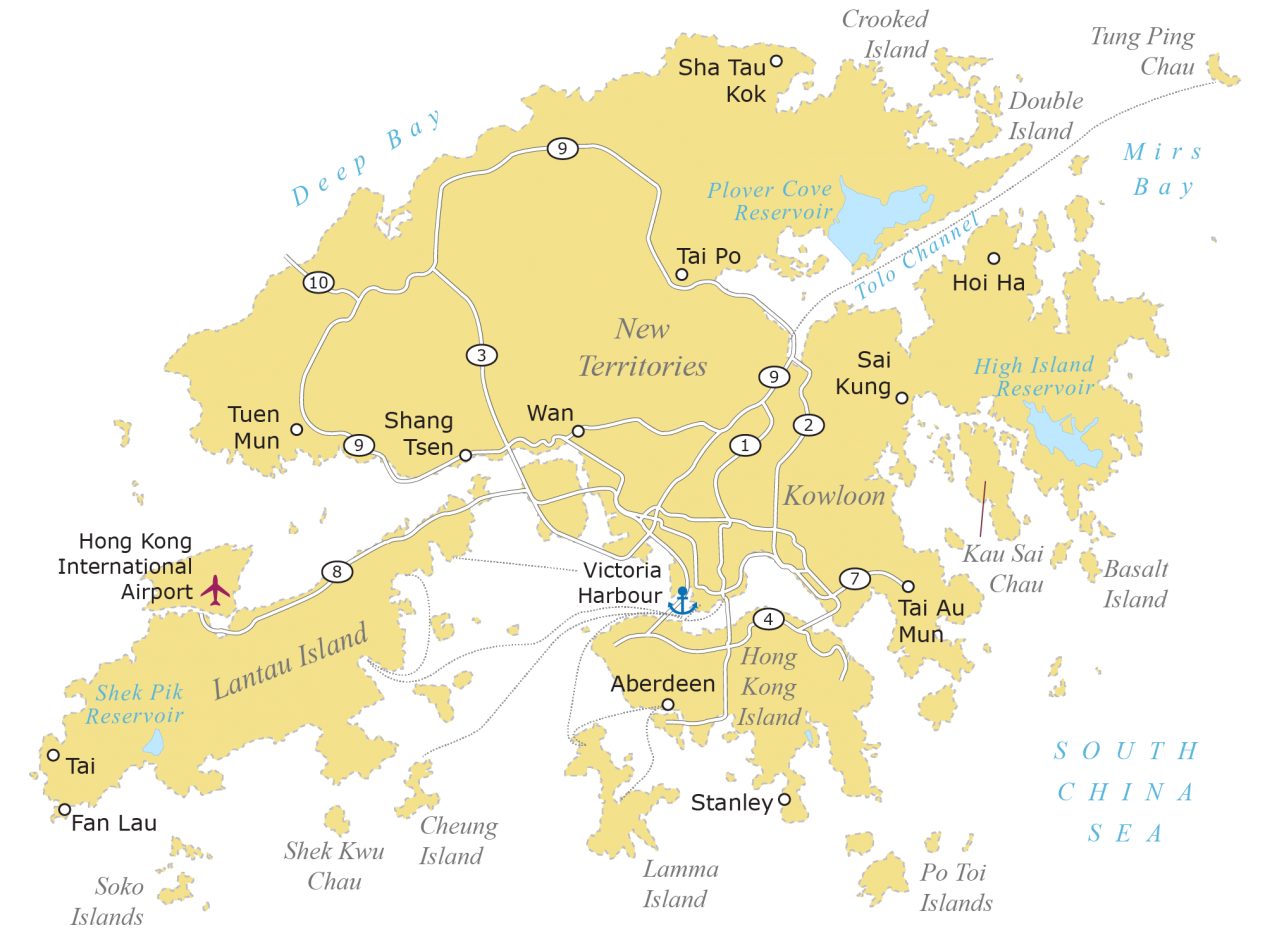 This map of Hong Kong shows populated places, roads, islands, districts, and elevation. Hong Kong is recognized as a “Special Administrative Region of the People’s Republic of China”.

It’s located on the south coast bordered by China in the north and near Macau to the east. Hong Kong is 1,106 square kilometers in area, about one-quarter the size of Rhode Island. But it’s home to over 7.5 million people.

Hong Kong is known for being a center of business and trade with more skyscrapers than even New York City. But it also has one of the highest costs of living because of its high rental cost. They call the metropolis city a “kaleidoscope of life” because of its influences from Eastern and Western cultures.