What are spatial databases in GIS?

A database is a collection of related information that permits the entry, storage, input, output, and organization of data. A database management system (DBMS) serves as an interface between users and their databases.

A spatial database includes location. It has geometry as points, lines and polygons.

GIS combines spatial data from many sources with many different people. Databases connect users to the GIS database.

For example, a city might have the wastewater division, land records, transportation, and fire departments connected and using datasets from common spatial databases.

Let’s take a closer look at spatial databases and how they are used in GIS:

Table of Contents show
What are spatial databases in GIS?
What is an attribute table in GIS?
One-to-one relationships tie one table with one table
One-to-many relationships ties multiple records from a table together
Relational database management system (RDBMS)
What is Boolean Algebra?
Spatial Database Examples
The Final Word on Spatial Databases

What is an attribute table in GIS?

First, let’s look at the basics:

FIELDS have different types such as text (strings), integers (whole numbers) and dates (YYYY/MM/DD). Field name are the title of the column names. A field name should be descriptive of the information being entered in the column. For example, the average population may have a field name of AVG_POP.

ROWS in an attribute table represents a spatial feature in the data set or an associated record of that data set.

One-to-one relationships tie one table with one table

Here is the associated attribute table with these five locations:

As you can see, we can get some extra information about these five cities. We learn their latitude and longitude.

One-to-many relationships ties multiple records from a table together

What are one-to-many relationships?

When one spatial feature is associated with multiple records in an attribute table this is called a one-to-many relationship (1-M).

In this case, there is a unique identifier in the spatial table that is used to uniquely identify each row in a table. These are called keys and they exist in both the spatial and non-spatial attribute table.

This unique ID (primary key) is the primary linkage between geographic data and attribute table. This key must exist in the related table as a foreign key.

1-M relationships are commonly set up in spatial databases. Relationship classes set up the type of relationship and which features are being connected by a unique ID.

Here is an example where surveys were done at two mountain locations over a period of 3 years. The coordinates of the mountain surveys remained the same over the years:

These two mountains have unique IDs of A101 and A102 as shown in their attribute tables:

Over a period of three years, there have been multiple observations of different animals. The two sites of these mountains have the same IDs – A101 and A102.

The observations at each site can be found within the OBS field. The YEAR field identifies which year the animal was observed. The two fields that link up these attribute tables are the primary keys ID and SURV_ID.

Many-to-many relationships in GIS are much less common in GIS. This type of relationship exists when there are many entries in related attribute tables and vice versa. An intersection table is usually generated to associate many records together.

What is a relational database management system (RDBMS)?

As explained above, the two fields that link up these attribute tables are the primary keys ID and SURV_ID. What ties these tables together is user setting up a 1-M relationship.

This is an example of an RDBMS.

RDBMS is a relational storage concept for data. A relational database contains tables that hold records. Each record holds fields containing data for that record.

It uses normalization to separate tables and link tables together. Normalization doesn’t waste space. It breaks out information into discrete components. RDBMS reduces repetitive information. In the example above, we take out duplicate information into multiple tables. There’s a foreign key on one table and we can gain access to that table through a relationship.

RDBMS can get very complex such as the example below: 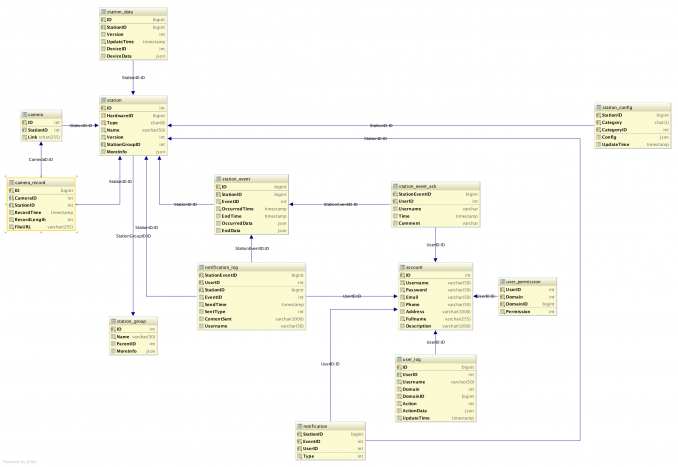 What is Boolean Algebra?

Boolean algebra consists of conditions used to select features with a set of algebraic conditions. Conditions include AND, OR, or NOT.

When you filter the displayed features in the map by setting up a definition query using Boolean algebra. For example: CITY = “LARGE” AND COUNTRY = “NORTH AMERICA” would filter out all the records that meet this criteria

In GIS, Boolean algebra are conditions used to select features with a set of algebraic conditions. Conditions include AND, OR, or NOT. Venn diagrams are often used to represent Boolean operations. The name Boolean algebra originated by founder George Boole in 1847.

Structured Query Language (SQL) is how users can interact with the database using Boolean algebra. 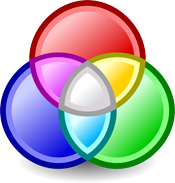 The Final Word on Spatial Databases

RDBMS takes it a step further. It reduces redundancy through normalization. It links tables together through primary and foreign keys.

Spatial databases go a step even further because it records data with geographic coordinates.

From geodatabases to PostGIS, spatial databases have quickly become the primary method of managing spatial data.