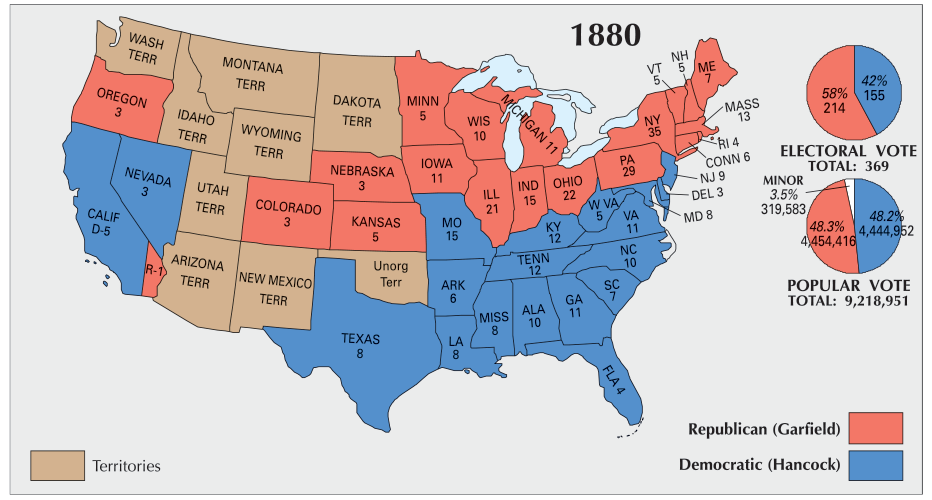 Download
You are free to use our US election maps for educational and commercial uses. Attribution is required. How to attribute?

In 1880, it was the return of Grant. Ulysses Grant made an attempt to come back for a third term, since winning the election of 1872. But his campaign didn’t get much traction.

In the election of 1880, it was mostly a two-pony race between James Garfield and Winfield Hancock. It was one of the tightest races because only 2000 votes separated the two for the popular vote.

But James Garfield barely squeaked out a win and became the 20th US president with 214 electoral votes. He only spent 200 days in office and was later assassinated.

Twentieth president of the United States 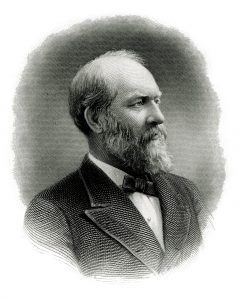