Skip to content
Download the US temperature map to see how climate varies in the United States.

We display two variations of the map including:

Each US temperature map is derived from the National Environmental Satellite, Data, and Information Service, which is a branch of NOAA. 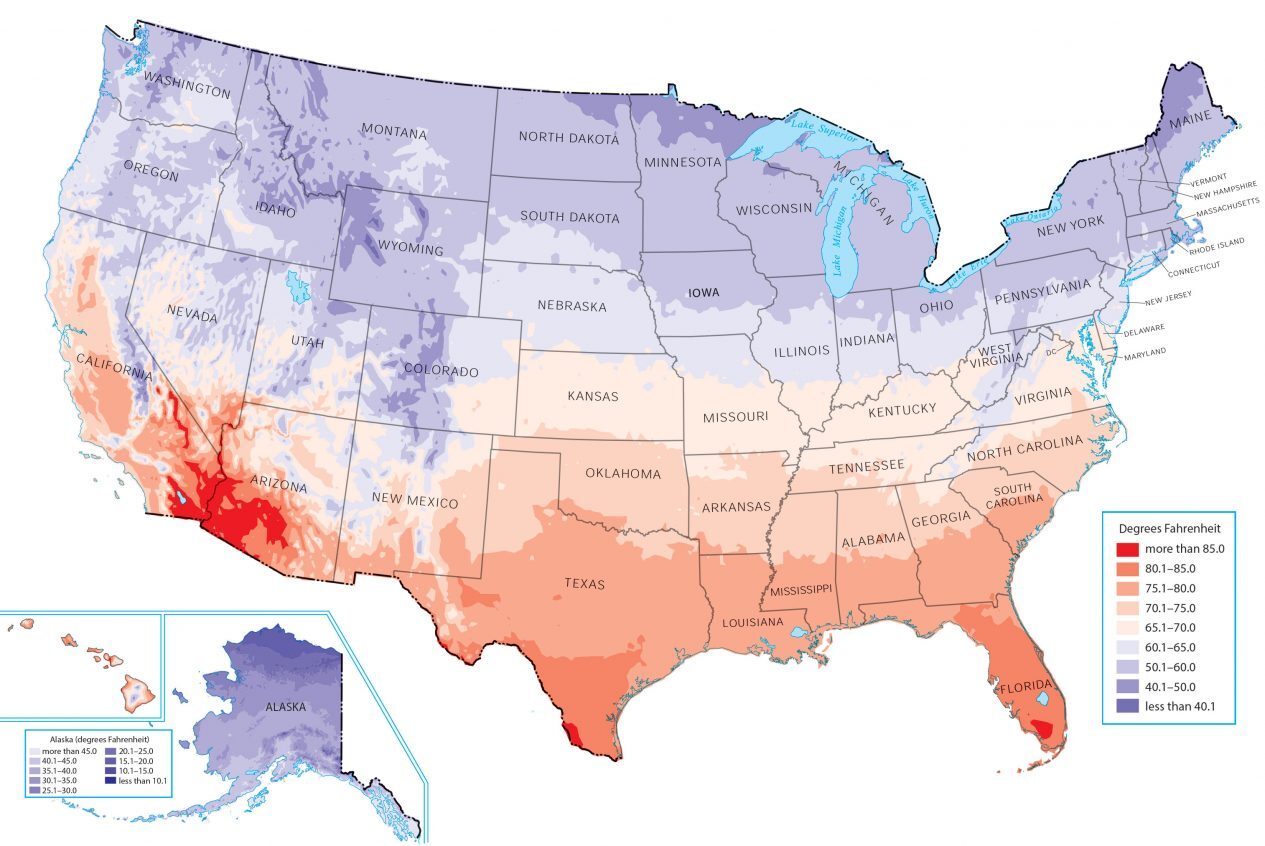 The map above displays maximum temperature, which is the average highest temperature recorded on a daily basis.

In general, temperature decreases towards the polar region and increases closer to the equator. Meanwhile, the milder states are in the middle latitudes.

This is why areas like Alaska and closer to Canada are colder. But states like Texas and Hawaii have higher annual mean daily maximum temperature. 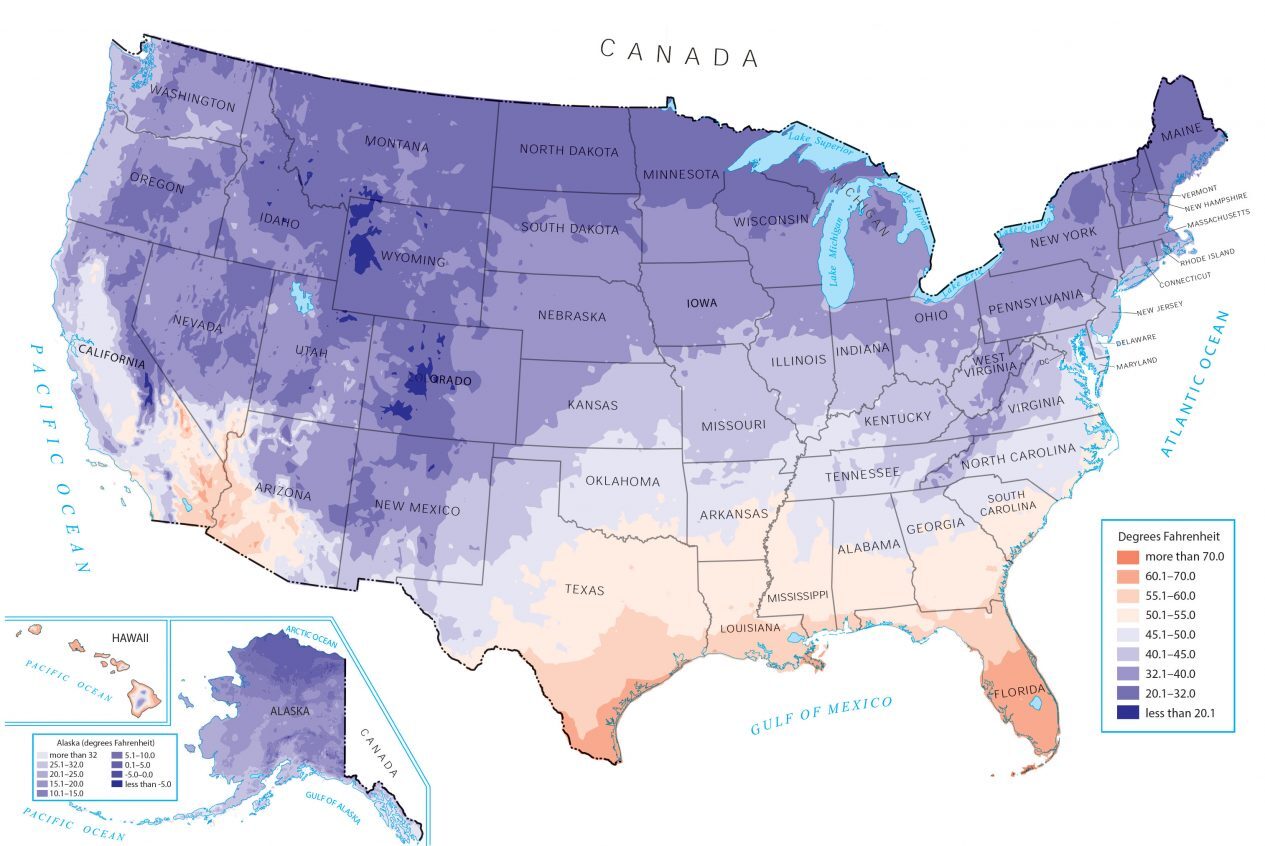 This map displays the mean annual daily minimum temperature, which is the average lowest temperature recorded on a daily basis.

As you can see, states like Wyoming and Colorado have relatively cool climates because of its elevation.