How to Perform Conflation

Are you confused with conflation?

When you have two conflicting data sets, conflation resolves conflicts by preserving the most accurate one.

Do You Need Data Conflation?

Setting topology rules to fix errors is a common procedure. But conflation is another type of error fixing that fuses two data sets together.

Certain industries use conflation more than others. To name a few, transportation and construction often have conflicting data sets from different sources.

When you have different authority groups (national, local, and private sector), data is often collected differently. Whether it’s captured at different scales or in the field, it comes down to how the geographic data was collected. 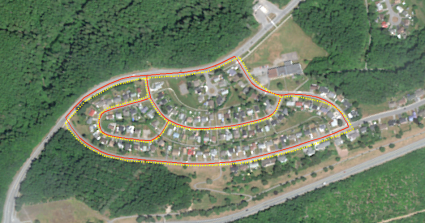 In the two road data sets above, the red polylines are the most accurate. However, the yellow data set has more attribute information.

So you want to move attributes from another polyline data set to another. What to do?

When you have two counties with disconnected lines at the borders, you should use the edge matching tools to connect them.

In the case below, there are disconnected lines at the border. This is a case when you’ll need to use some of the conflation tools.

In order to conflate these two data sets, you should use a two-step combo. First, you’ll have to generate edge match links. Secondly, you’ll actually move those endpoints connecting the two data sets.

In this step, you generate edge match links and see where those connections are made geographically.

Pro Tip: Before you begin the next step, make a copy of the data set you want to conflate.

For the data set you want to conflate, you’ll edge match features by moving each endpoint automatically.

Alternatively, you can choose to edge match features by adding a whole new section and vertex like in the example below.

Finally, you can physically adjust all the vertices and truly conflate data sets.

After running the two-step process, we have a fully conflated roads data set. All the endpoints will match along the boundary saving time.

While edge matching is good for endpoints, rubber sheeting conflation matches a whole load of vertices.

As you can see in the example below, these two data sets are not aligned.

The first step to take is to generate rubber sheeting links as displayed with arrows.

Again, make a copy of the data set you want to conflate.

When you rubber sheet feature, you are physically moving all those vertices from one data set to another. Depending on the rubber sheeting links, you should get similar-looking features using either one of the linear and natural neighbor methods.

Finally, you can transfer attributes from one data set to the other.

Conflation Examples: How to Combine Two Datasets with Conflation

We live in a data world.

It’s quite common for the repetition of data sources.

While the ideal solution is for everyone to work together from the start, conflation works by resolving conflicts by preserving the most accurate one.

Have you ever done conflation? What works best and worst, let us know with a comment below.