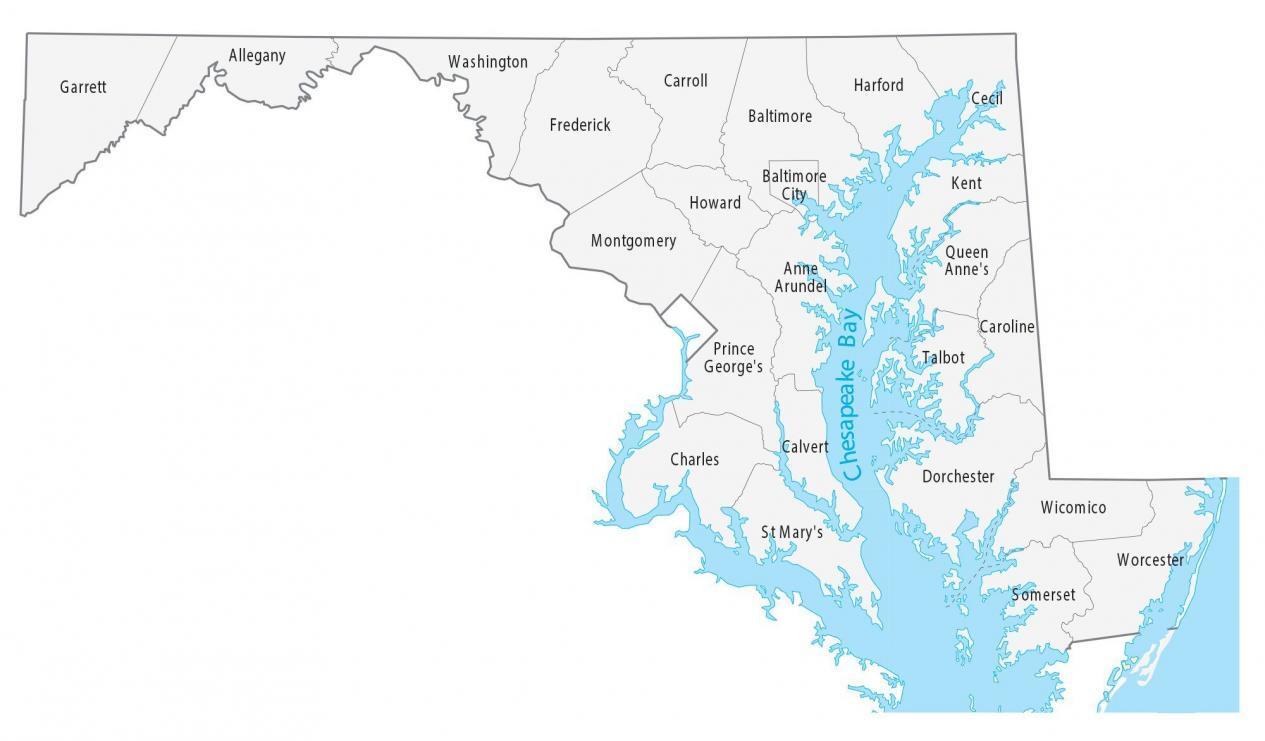 You are free to use our counties map of Maryland for educational and commercial uses. Attribution is required. How to attribute? 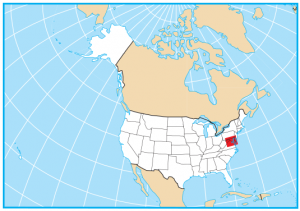 This Maryland county map displays its 23 counties and one independent city. Maryland (along with Missouri, Nevada, and Virginia) also have independent cities, government units outside the jurisdiction of any county.

For size, Frederick County is the largest occupying 667.7 square miles of area. If you include Baltimore City, it’s just 81.4 square miles. Then, Calvert County is the next smallest area along the Chesapeake Bay.