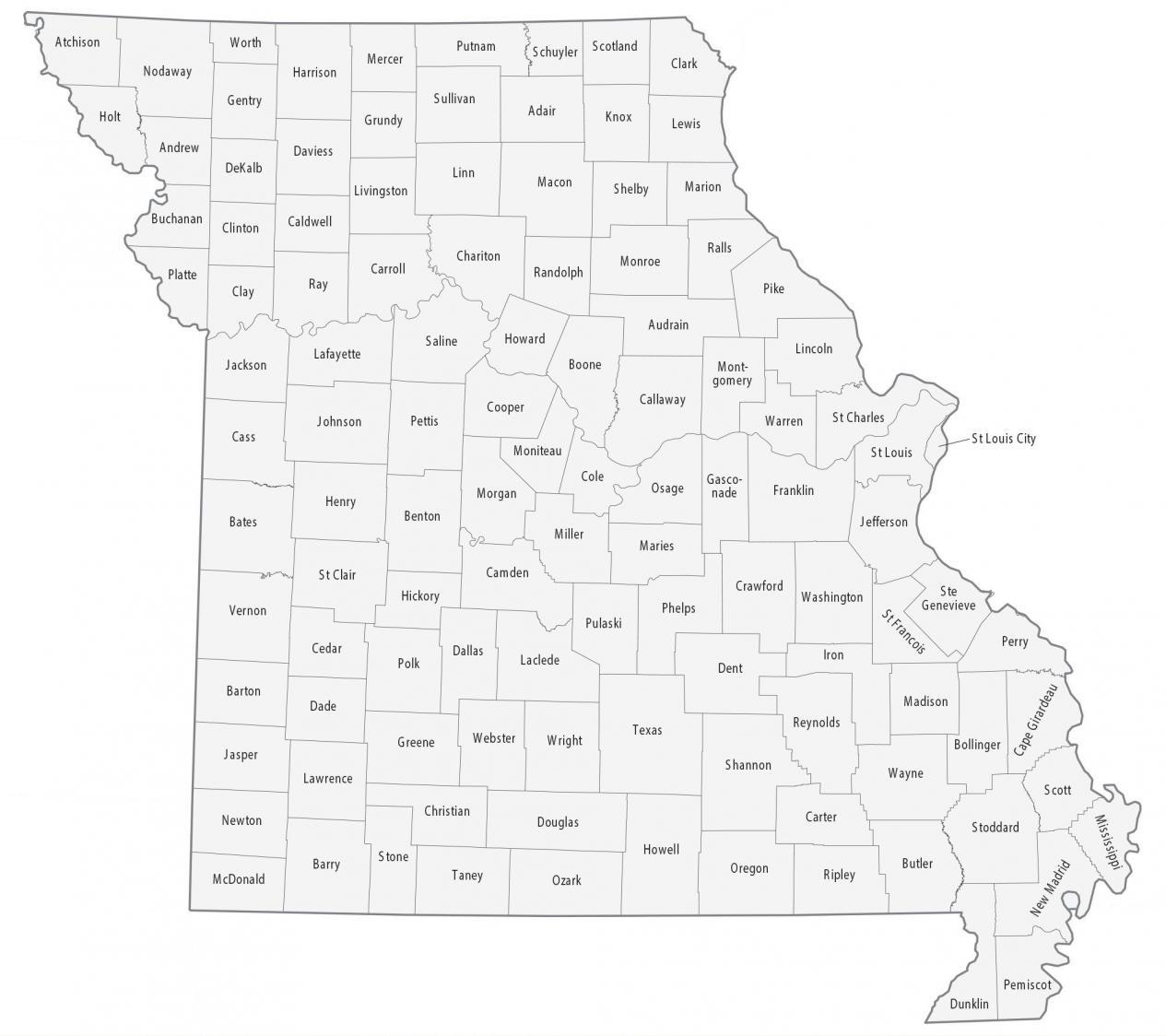 You are free to use our counties map of Missouri for educational and commercial uses. Attribution is required. How to attribute? 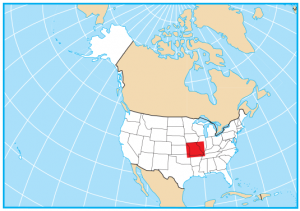 This Missouri county map displays its 114 counties. Its tally of 114 is the fifth highest of counties in the United States. But St. Louis is actually an independent city in Missouri. Outside of Missouri, only Maryland, Nevada and Virginia also have independent cities, which are government units outside the jurisdiction of any county.

The most populous county in Missouri is St. Louis County with close to 1 million residents. In fact, it has such a high population that it’s in the top 50 counties with the highest population. The least populated and smallest sized county is Worth County with just over 2000 people and 266.8 square miles.

In terms of size, Texas County is the largest county and occupies an area of 1179.2 square miles. Missouri borders 8 states including Nebraska, Kansas, Oklahoma, Arkansas, Tennessee, Kentucky, Illinois and Iowa. The Missouri River determines several county divisional boundaries in the center of the state. But interestingly, it’s the Mississippi River that outlines the entire eastern state boundary.