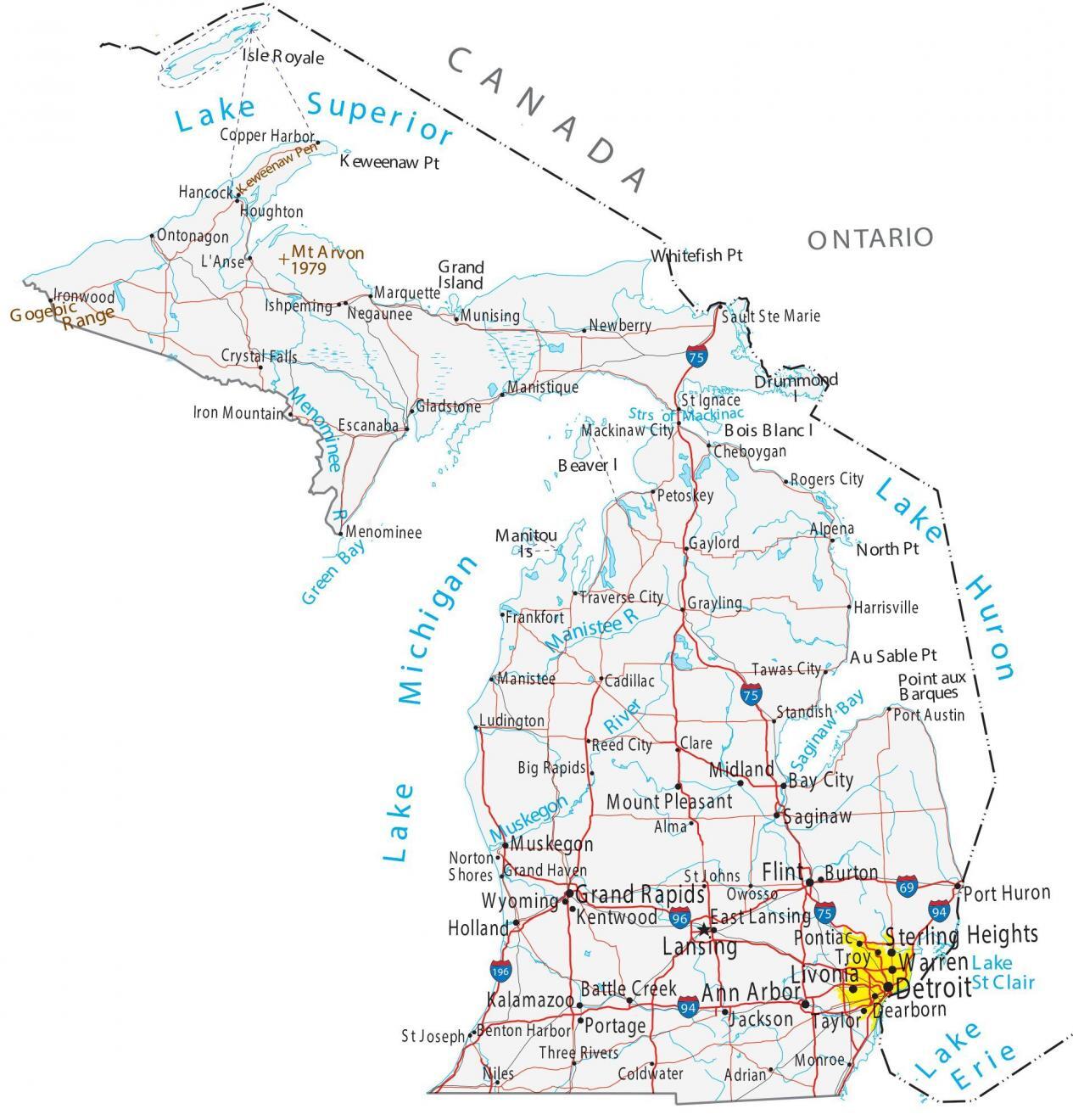 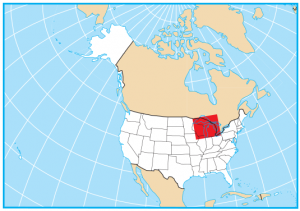 This Michigan map contains cities, roads, islands, mountains, rivers and lakes. For example, Detroit, Ann Arbor and Grand Rapids are some of the major cities shown in this map of Michigan.

The largest city in Michigan is Detroit. Detroit is the “Motor City” and the home city of Henry Ford, maker of the automobile. Once a sprawling industry, Michigan is known for filing for largest municipal bankruptcy in US history.

Michigan is odd because it’s two separate pieces in one state. It borders Wisconsin, Indiana, Ohio and the Canadian province of Ontario.