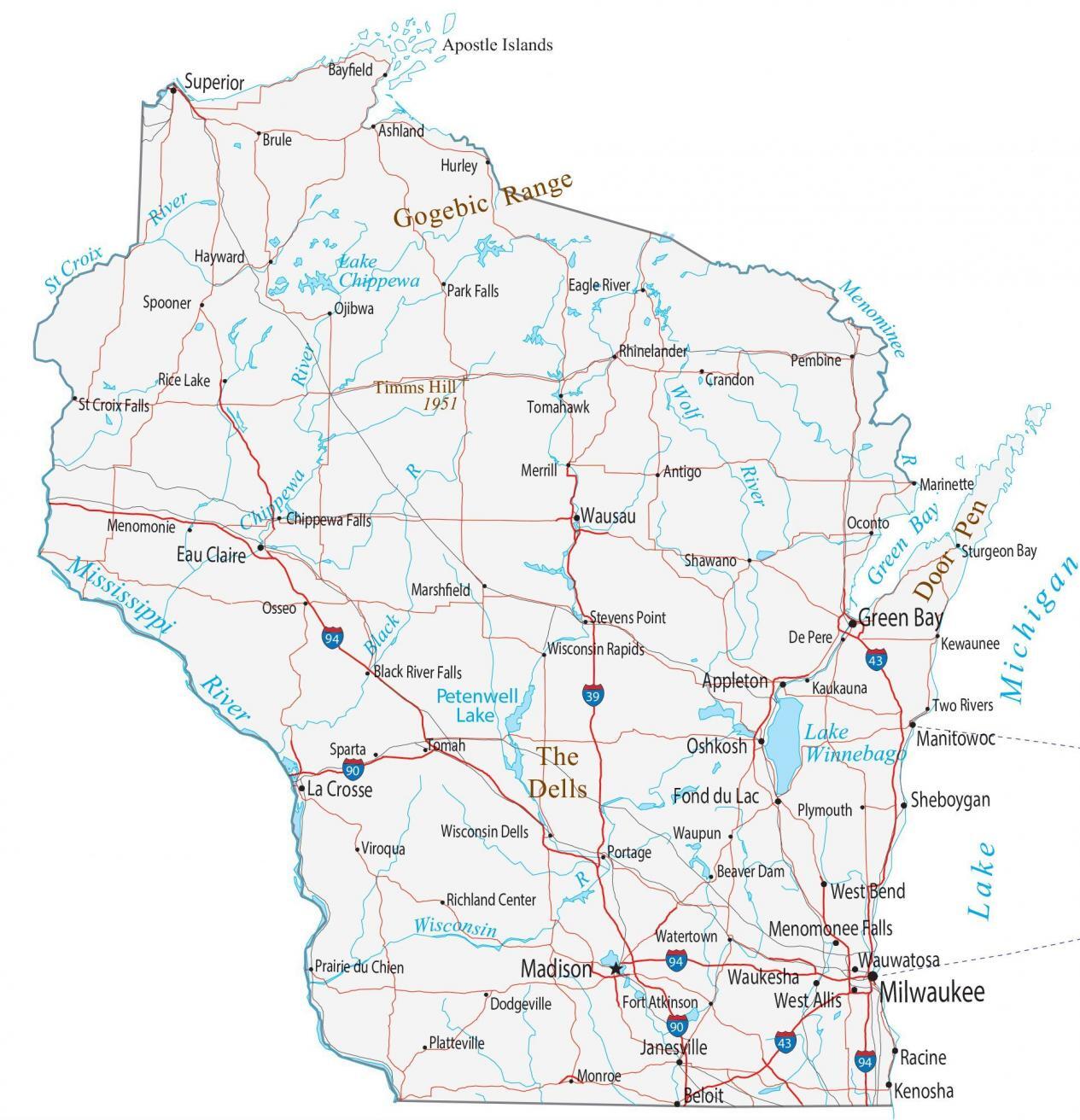 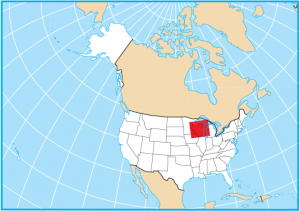 This Wisconsin map contains cities, roads, rivers and lakes. For example, Green Bay, Milwaukee and Madison are major cities shown in this map of Wisconsin.

Wisconsin is characterized as easy-going and as America’s dairyland. Wisconsin Dells is the water park capital of the world with some of the longest water coasters in the United States.

The state of Wisconsin is in the north of the United States along Lake Michigan and Lake Superior. It borders Minnesota, Iowa, Illinois and Michigan.