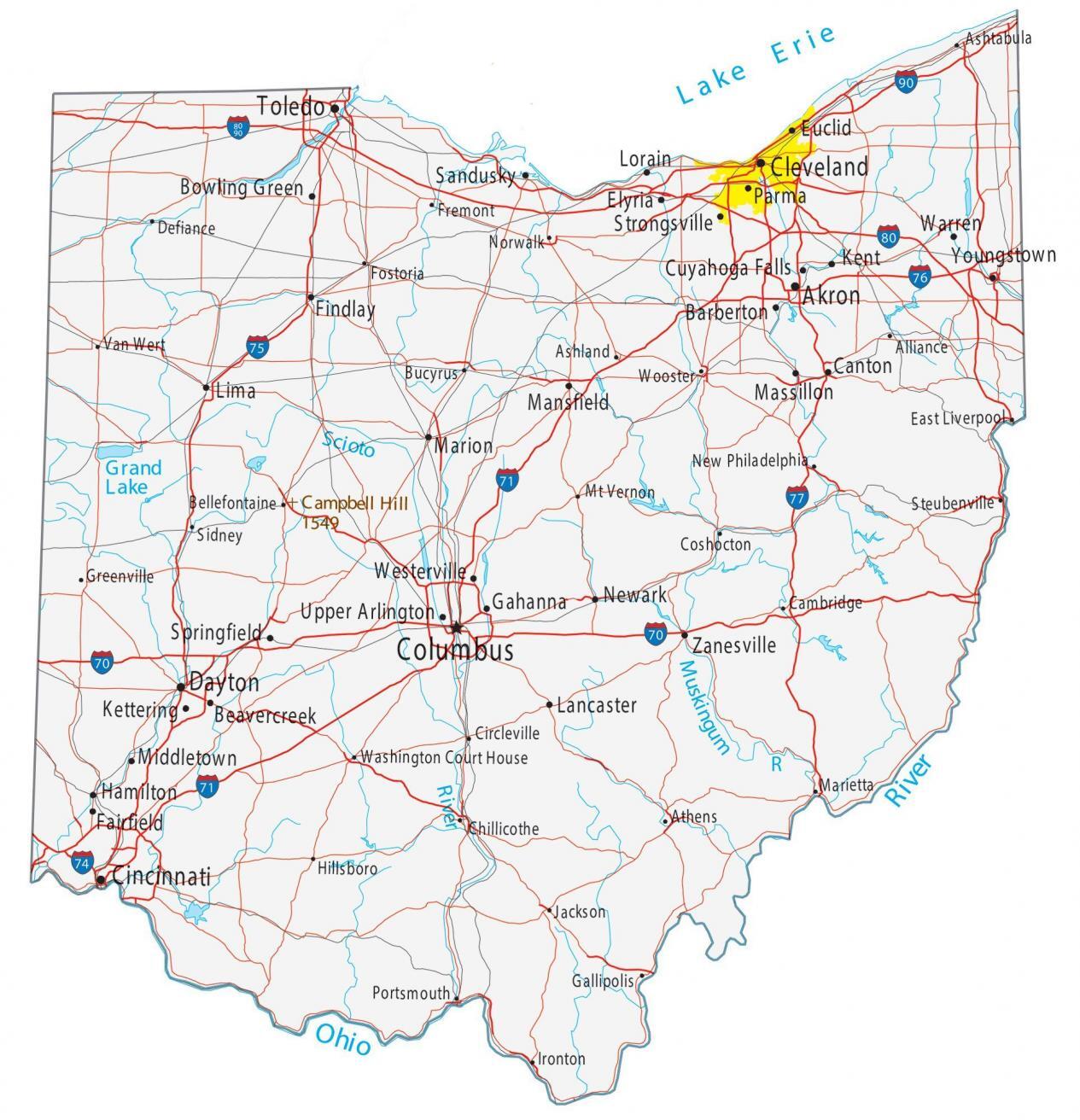 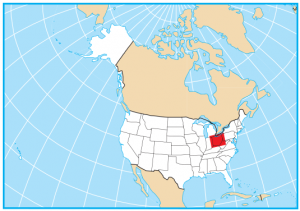 This Ohio map contains cities, towns, roads, rivers and lakes. For example, Columbus, Cleveland and Cincinnati are major cities shown in this map of Ohio.

Ohio is located in the north-east of the United States. It borders Michigan, Indiana, Kentucky, West Virginia, Pennsylvania and Lake Erie in the north.

A lot of people picture Ohio as your plain Jane American experience. For example, picture eating corn dogs, fireflies in the summer with fireworks and carnivals. Also notable, Ohio has the largest Amish population in the United States.