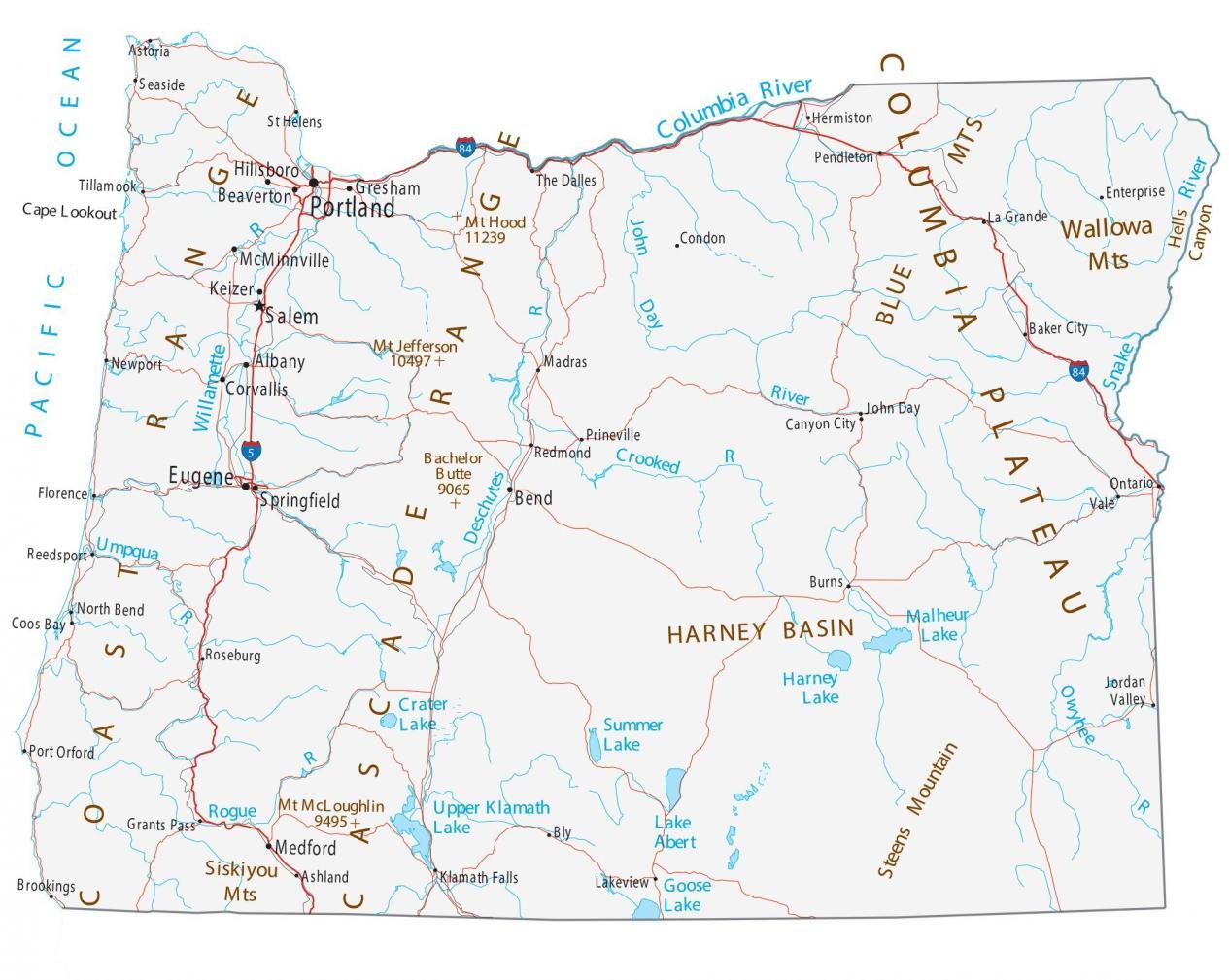 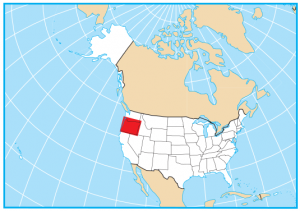 This Oregon map shows cities, roads, rivers and lakes. For example, Portland, Eugene and Salem are some of the major cities shown in this map of Oregon.

Oregon is known as being a major frontier for logging and lumber. This may be why it’s also nicknamed the Beaver State. But now, it’s morphed itself into a state for vegans and lumberjacks. Not only lumber, but Oregon has incredibly good donuts too.

For geography, Oregon is situated in the west coast of the United States. It borders the states of Washington, Idaho, Nevada and California. In its entirety, the west coast is the Pacific Ocean.