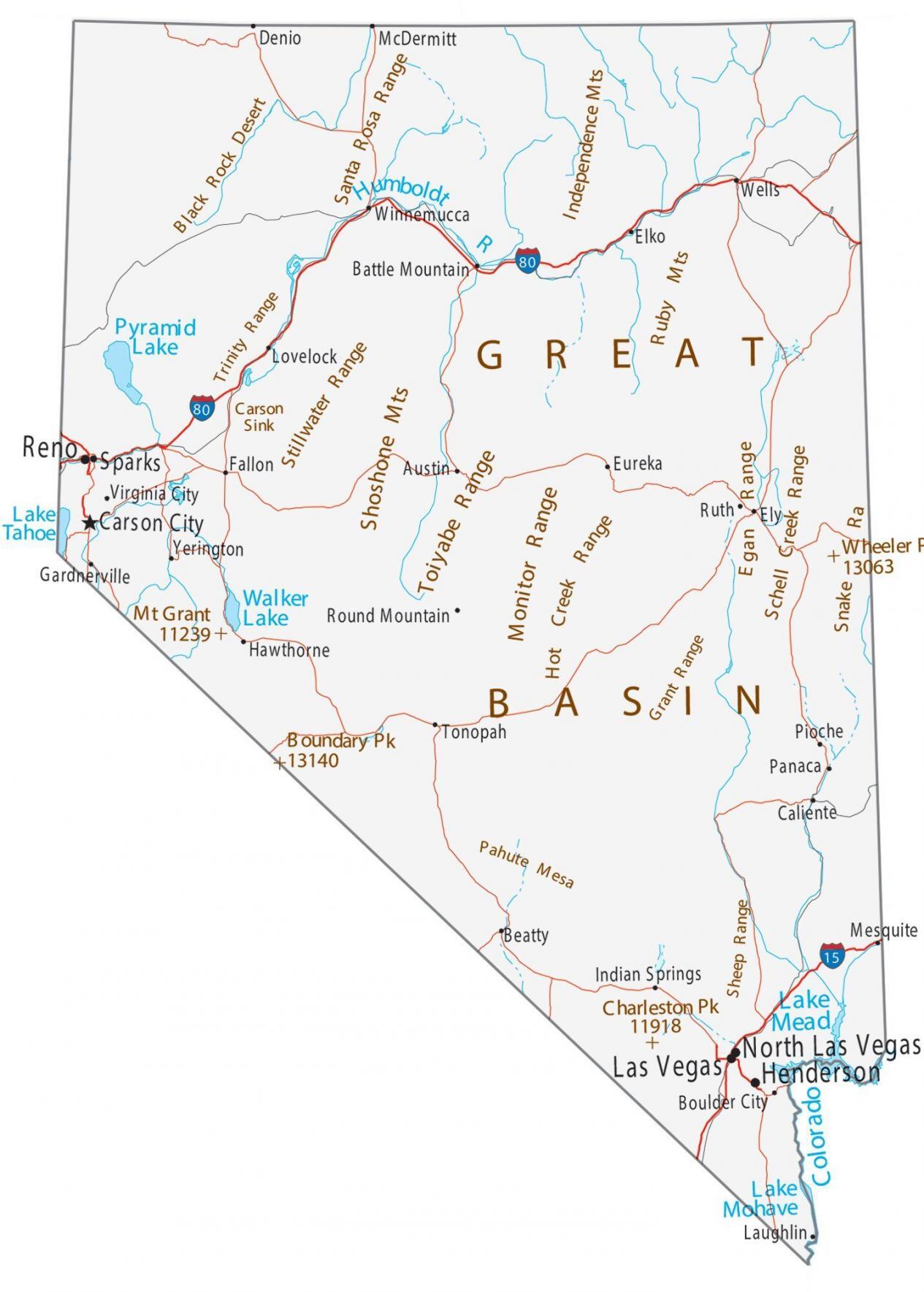 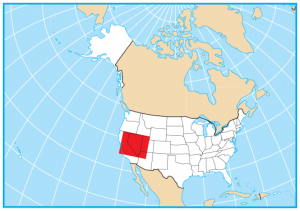 This Nevada map contains cities, roads, rivers and lakes. For example, Las Vegas, Henderson and Reno are major cities displayed in this map of Nevada.

Nevada is unique because they bury nuclear waste here. The landscape is characterized as mostly desert and semi-arid terrain. The state borders California, Oregon, Idaho, Utah and Arizona.