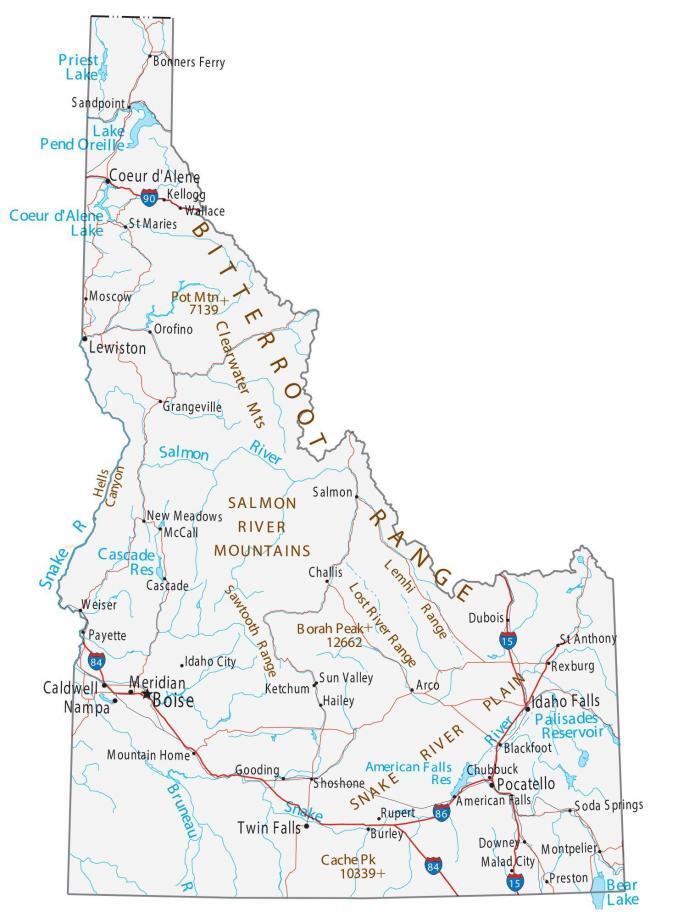 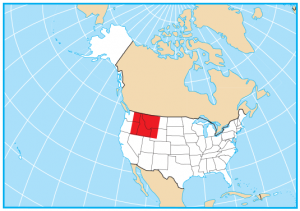 This Idaho map contains cities, interstate highways, rivers and lakes. Boise, Meridian and Nampa are major cities shown in this map of Idaho.

Idaho is known for its hot spring, secluded gorges and its gemstones. But most of all, it’s best known for its potatoes because most are grown here.

Idaho is situated in the northwest of the United States and is a mix of farmland, forests and mountains. It borders six US states (Washington, Oregon, Nevada, Utah, Wyoming and Montana). But it also borders the Canadian province of British Columbia as well.