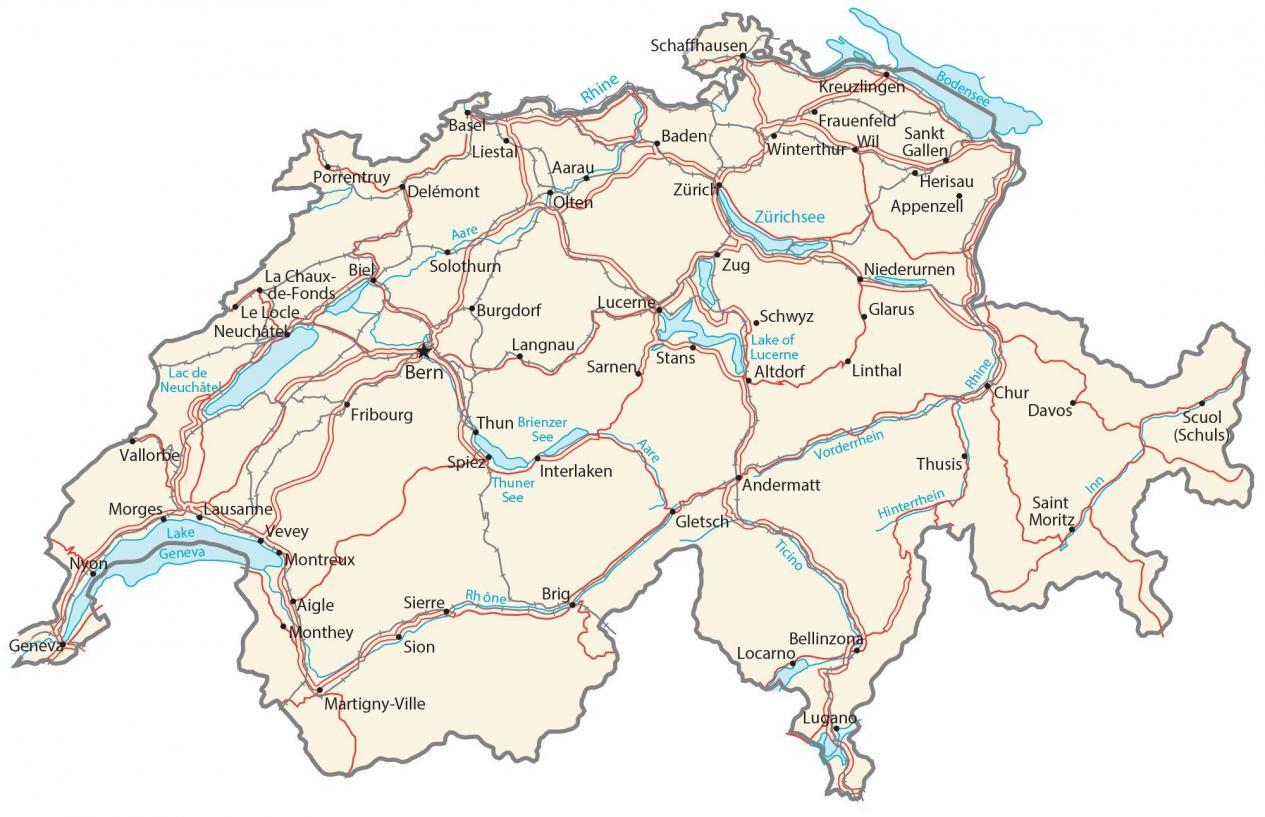 Switzerland is a landlocked country located in central Europe. It borders 4 countries including France in the west, Germany, Austria and Italy.

The terrain is dominated by the Alps in the south-central region. But the Jura Mountains also occupy the northwest of the country. Its highest point is Dufourspitze, standing 4,634 meters high.

Otherwise, Switzerland is a mix of rolling hills, plateau, and plains. Several large, scenic lakes are prominent features in the country. For example, Lake Geneva and Lake Constance are over 470 square kilometers in area.