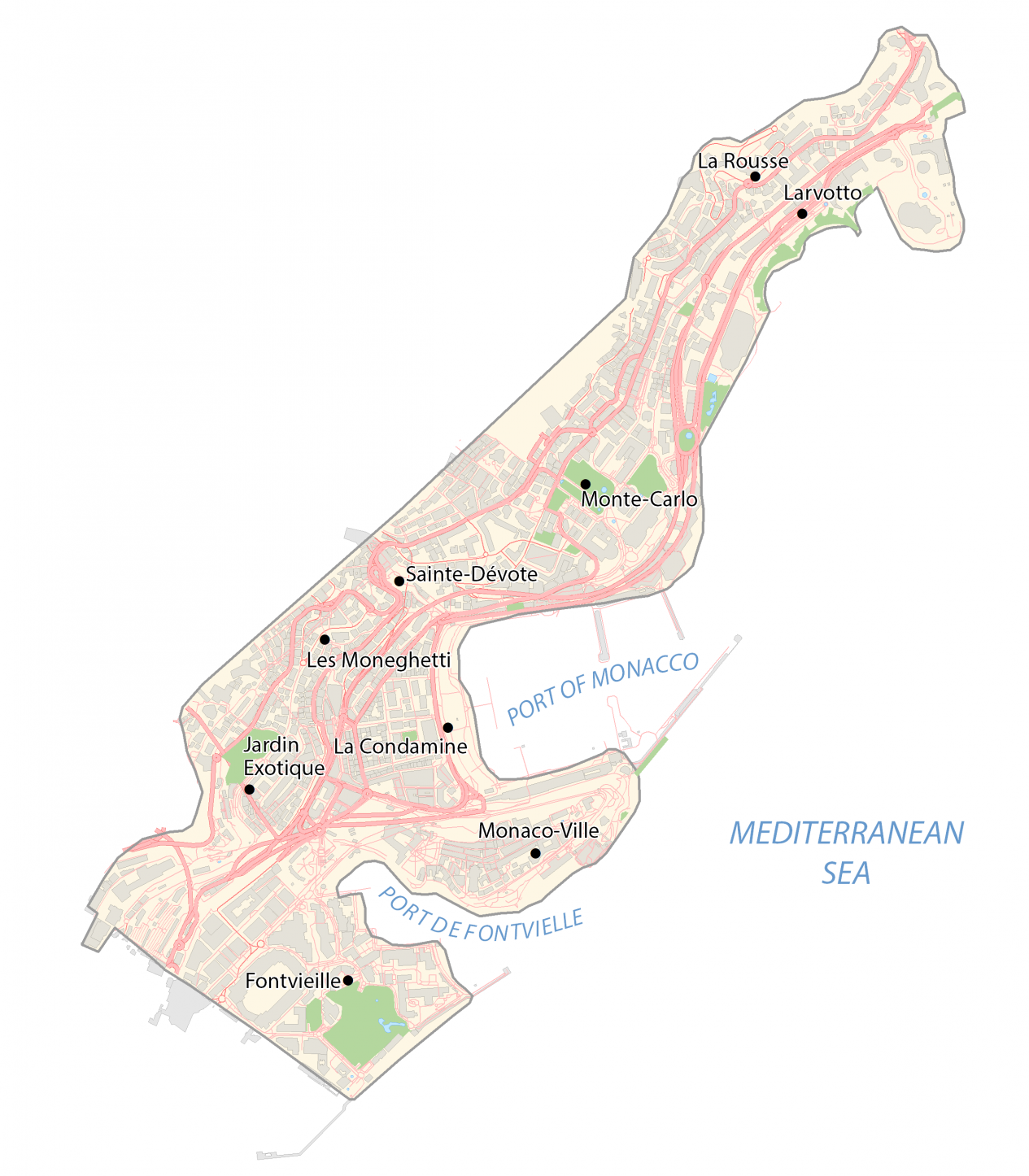 This Monaco map contains populated places, ports, roads, parks, and satellite imagery. Monaco is a microstate bordered by France, near Italy, and along the Mediterranean Sea.

It has one of the smallest areas for countries occupying just 2.02 square kilometers (0.78 sq mi). This makes it the second smallest sovereign state in the world.

Monaco is known for its wealth and is one of the most expensive places in the world. It has a population of approximately 38,300 people with French as its official language. But English and Italian are also widely spoken within Monaco as well.

Ports and Other features