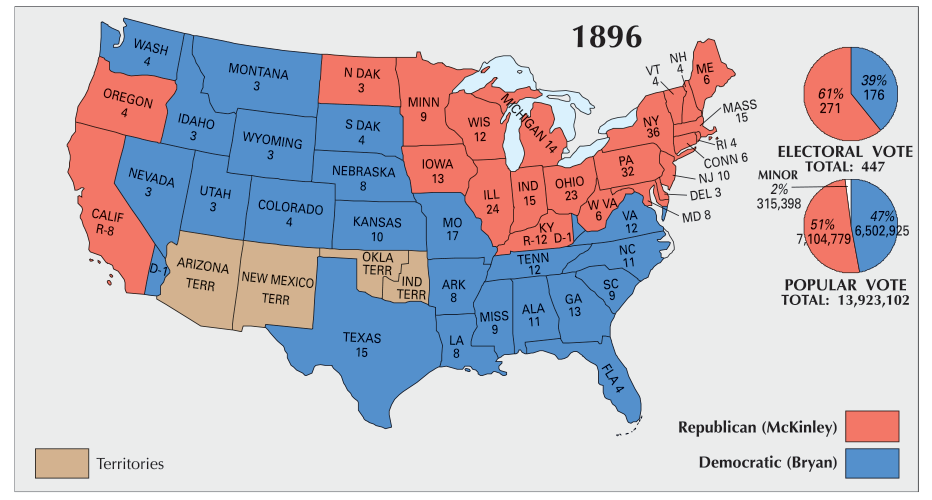 Download
You are free to use our US election maps for educational and commercial uses. Attribution is required. How to attribute?

The 1896 election featured William Jennings Bryan and William McKinley. Yes, it was a battle between two people named William. It was also the first time the state of Utah could vote.

William Jennings Bryan was known to campaign around the country. But William McKinley didn’t try as hard because Mark Hanna, another Republican politician did it all for him.

In the end, William McKinley became the 25th president of the United States. He gained 271 electoral votes with his opponent Jennings receiving 176.

Twenty-fifth president of the United States 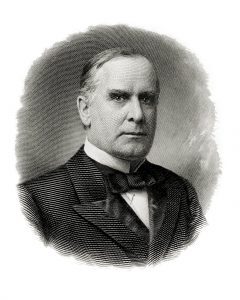