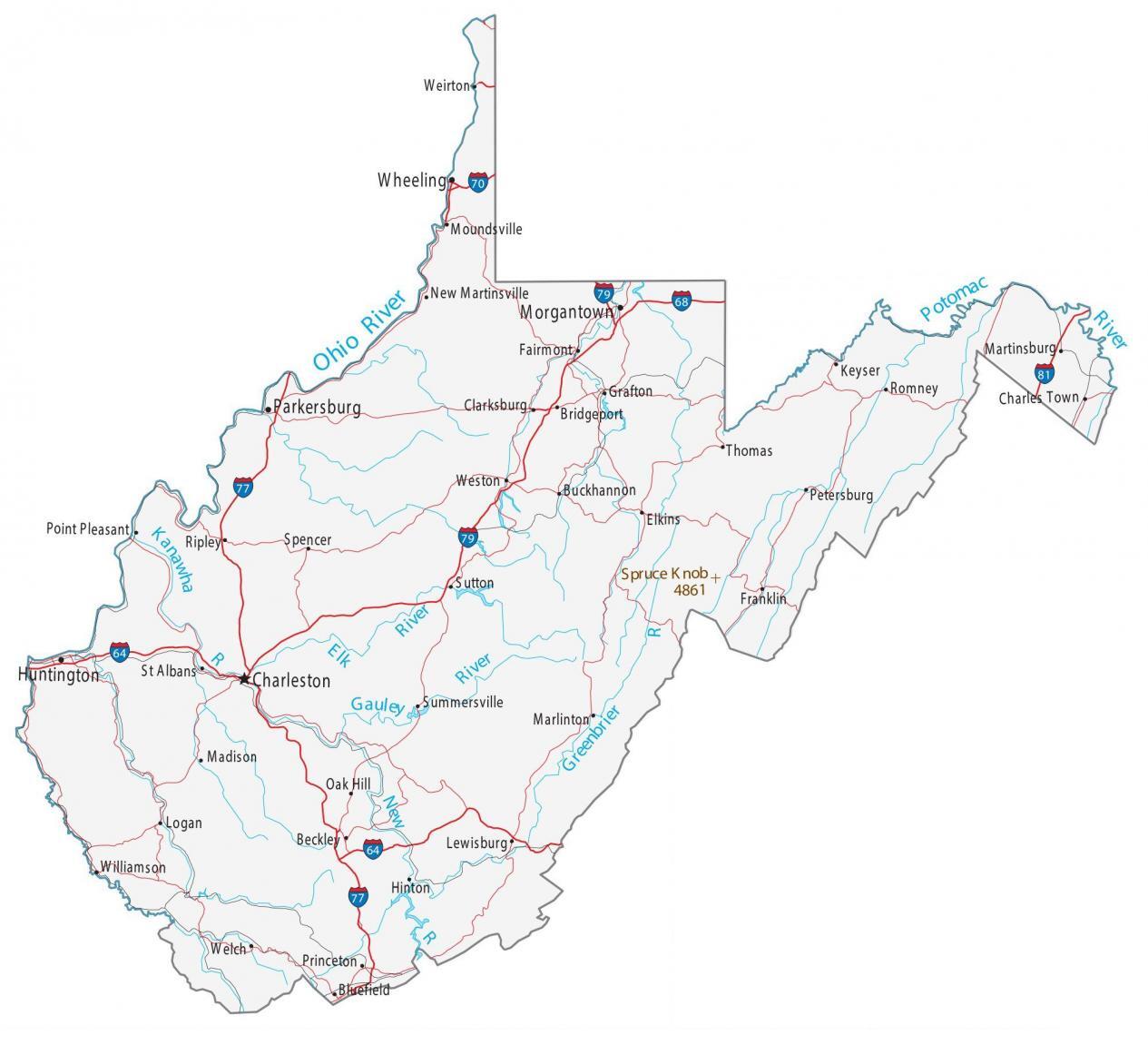 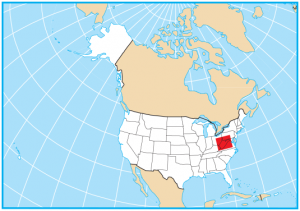 This West Virginia map contains cities, roads, rivers, and lakes. For example, Charleston, Morgantown, and Parkersburg are some of the major cities in this map of West Virginia.

West Virginia is located on the east side of the United States. It borders Ohio, Kentucky, Virginia, Maryland and Pennsylvania.

The state of West Virginia has one of the oldest populations with an average age of about 40+. It’s known for coal production, scenery, and mountains. In fact, that’s why it’s nicknamed the Mountain State. In 1863, West Virginia separated from Virginia and became part of the Union during the Civil War.