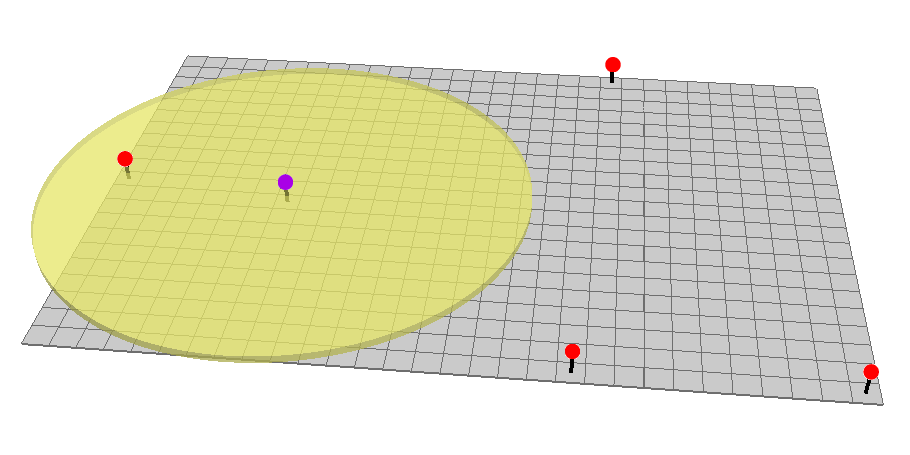 How do you create a constant distance away from something? The answer is to use the buffer tool.

The buffer tool generates a polygon around features at a set distance. In addition, there are different types of buffers in GIS.

For example, there are Euclidean vs geodesic buffers, flat vs round buffers, and single vs multiple ring buffers.

Geodesic buffers account for the true shape of the Earth. In aviation, great circles or geodesic lines represent the shortest path. For example, a 4000-mile geodesic buffer at Heathrow airport on a globe appears as a perfect circle. 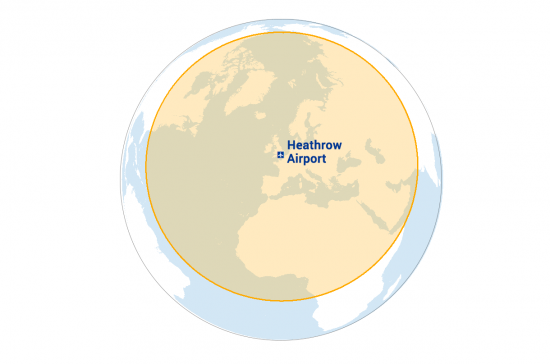 But if you take that same buffer on a Mercator map, it appears non-elliptical and completely irregular. This is because how map projections distort shape, size and distance. In the case of the Mercator projection, it stretches the buffer at the poles. 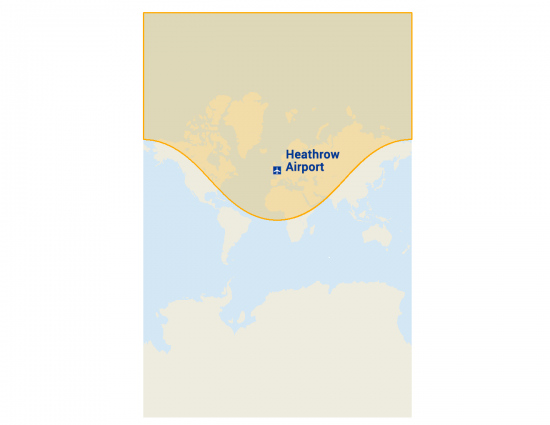 For short and far buffer distances, geodesic buffers are accurate for all. However, this is especially true for longer distances.

For example, the news industry has improperly underestimated the true distance of missile launches. This is because they didn’t perform a geodesic buffer and didn’t account for our 3-dimensional globe.

Round vs Square Buffers

Generally, there are two types of buffers that change the appearance at the end of a buffer. Overall, the distinction between round and square buffers is how it cuts off the end-piece.

Round buffers create a semi-circle at the end of the output buffer polygon. This is usually the default type of buffer and most commonly used.

Alternatively, you can cut the end of the buffer squaring it off. For example, GIS analysts use this type of buffer to reduce overlaps between neighboring lines.

For example, you can dissolve each distance so each feature doesn’t overlap with each other. In this case, each buffer (except the first one) resembles a ring or a donut with a hole in the middle.

Alternatively, you can generate ring buffers that do overlap including the inside portion. And in this case, each buffer won’t have holes and include the smaller set distances.

The buffer tool is a proximity function that sets a fixed or variable distance surrounding the features.

There are at least 1000 GIS applications that use buffers in geospatial analysis. Here are some examples of proximity analysis using the buffer tool:

Have you heard of any interesting uses for buffers? Let me know with a comment below.