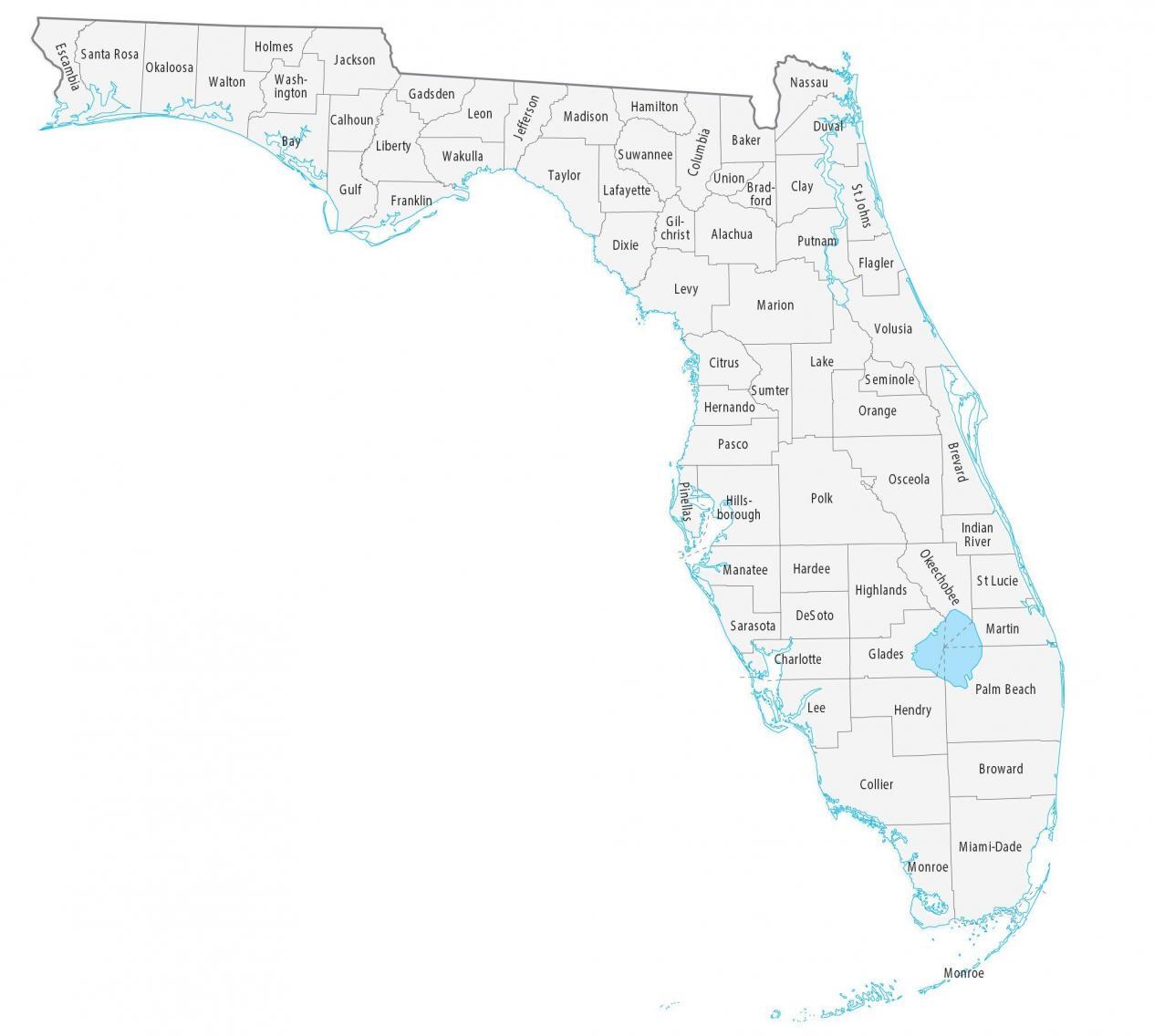 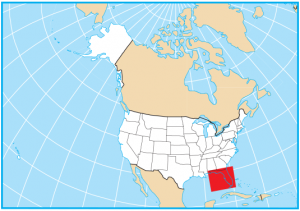 This Florida county map displays its 67 counties, which rank 21st highest for the number of counties. Some of the most populated counties in Florida are Miami-Dade, Broward, and Pinellas.

The state capital of Tallahassee is located in Leon County. But it’s nowhere close to being one of the most populated cities in Florida. That would be Jacksonville in Duval County, part of north-east Florida.