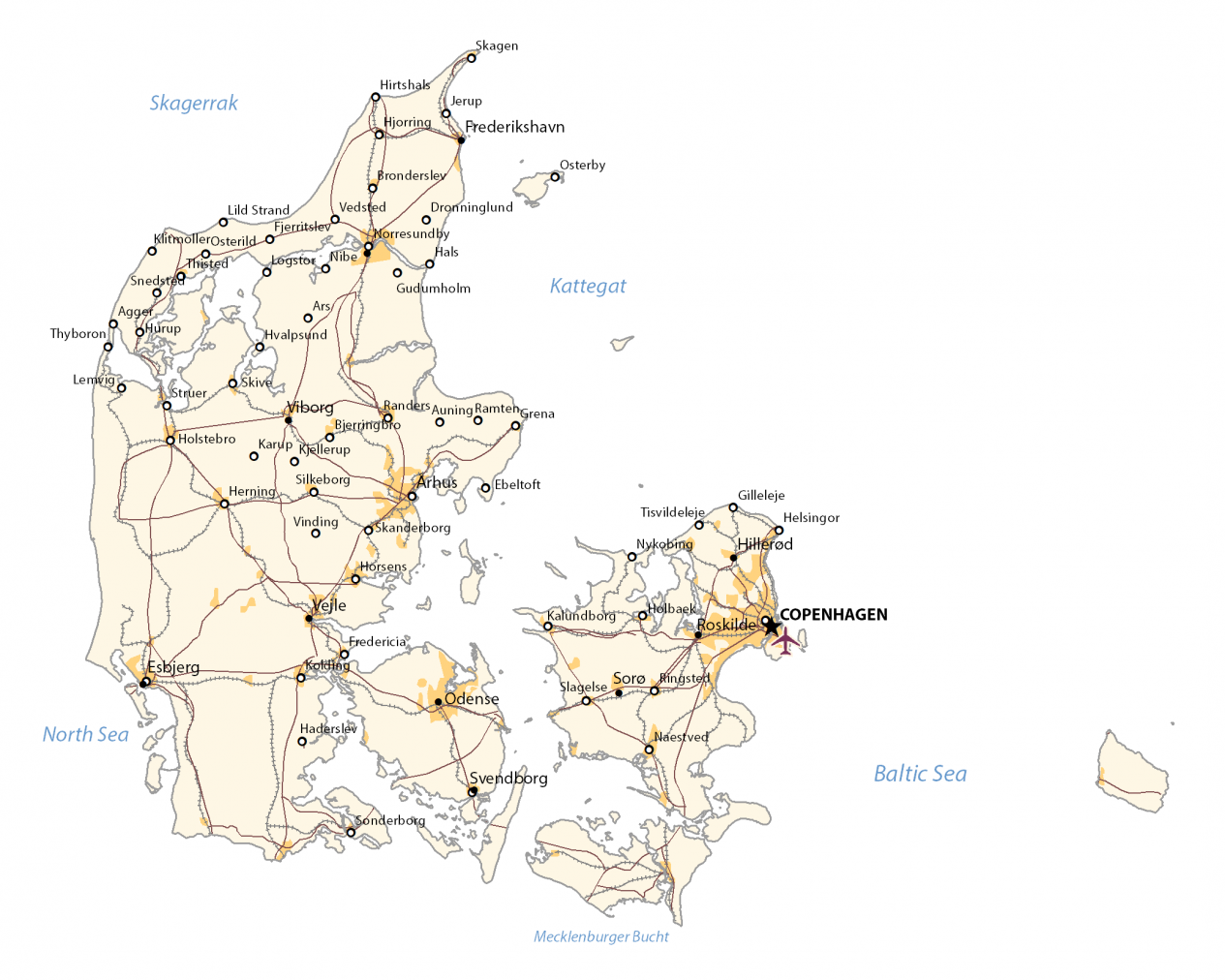 Denmark is located in northern Europe bordering the Baltic Sea and the North Sea. It borders just one country, which is Germany situated in the south. In the northeast, Sweden is located across the Kattegat Sea, which separates it from the Scandinavian border.

The terrain in Denmark is mostly low and flat with gentle rolling plains. Its flat terrain is the main reason why it has one of the highest percentage of land suitable for growing crops than any country in the world. Denmark’s highest point is just 171 meters, which is a hill known as Mollehoj.

Jutland Peninsula is the mainland region of Denmark. The rest of Denmark is the Danish Archipelago, which consists of a group of more than 400 islands. Seventy of the islands are inhabited, with the remainder completely empty of human settlements.