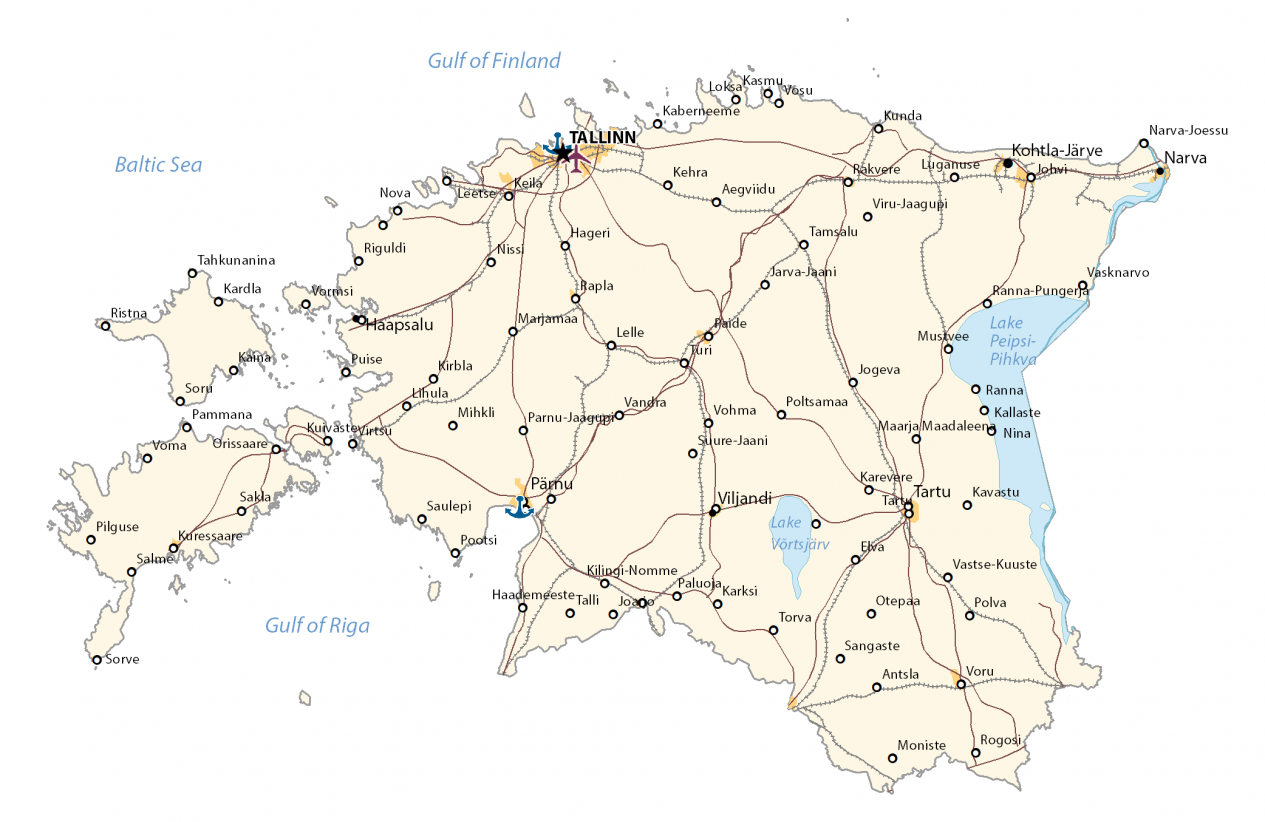 Estonia is located in eastern Europe along the coast of the Baltic Sea, Gulf of Finland and Gulf of Riga. It borders just two countries including Latvia and Russia.

The terrain in Estonia is mostly flat lowlands in the north. But as you move to the south, it’s hilly with several mountains.

For example, Suur Munamagi or “Big Egg Mountain” is Estonia’s highest point at 318 meters in height above sea level.