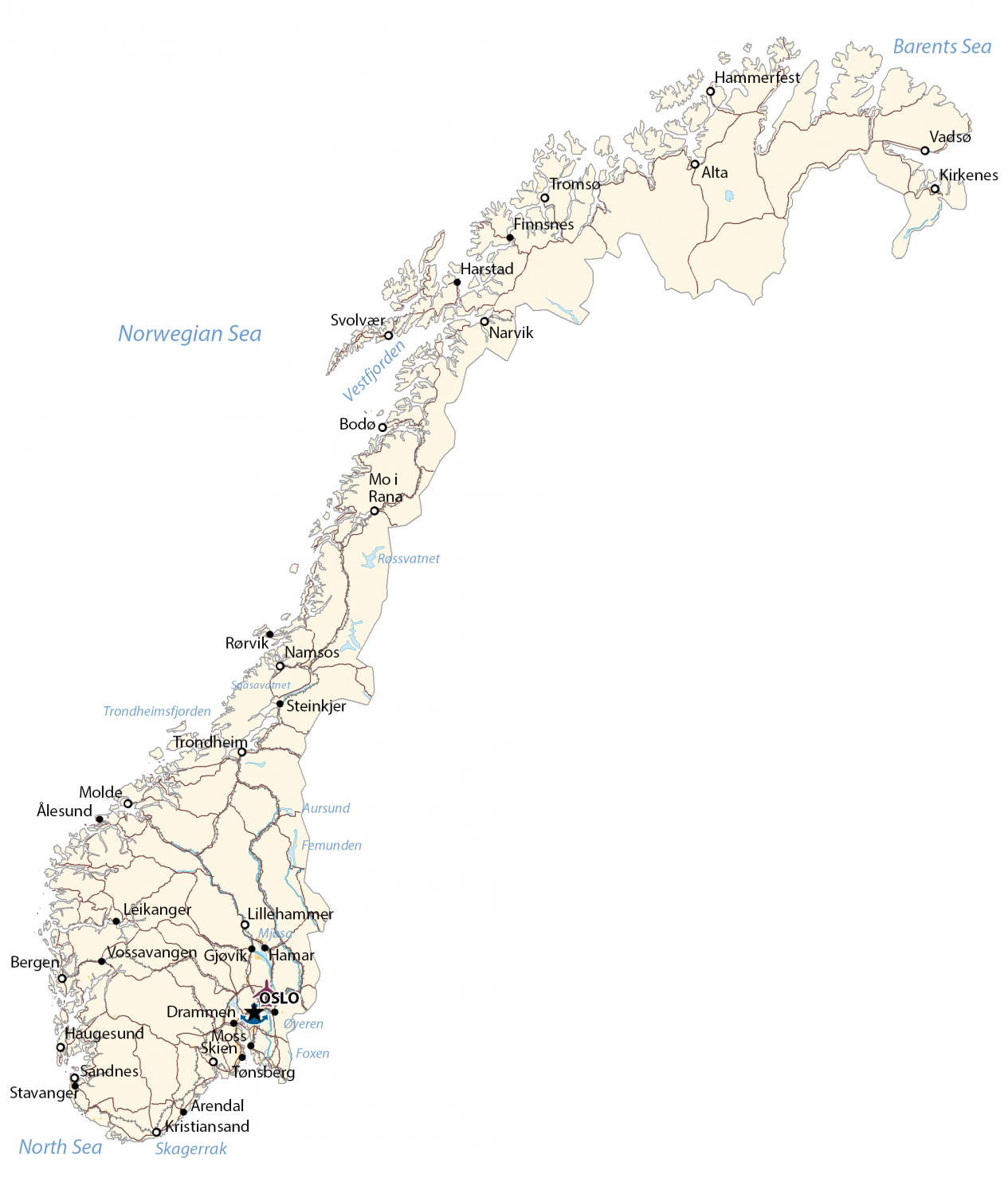 Norway is located in northern Europe, along the North Sea and the North Atlantic Ocean. It’s part of the subregion of Scandinavia, situated west of Sweden.

In the north of Norway, it’s the Arctic tundra with glaciated areas. Otherwise, it’s a mix of rugged mountains, plateaus, valleys and plains.

The coastlines in Norway are extremely long and rugged. Galdhopiggen is Norway’s highest mountain peak at 2,469 meters above sea level. Beerenberg is Norway’s only active volcano on Jan Mayen Island.