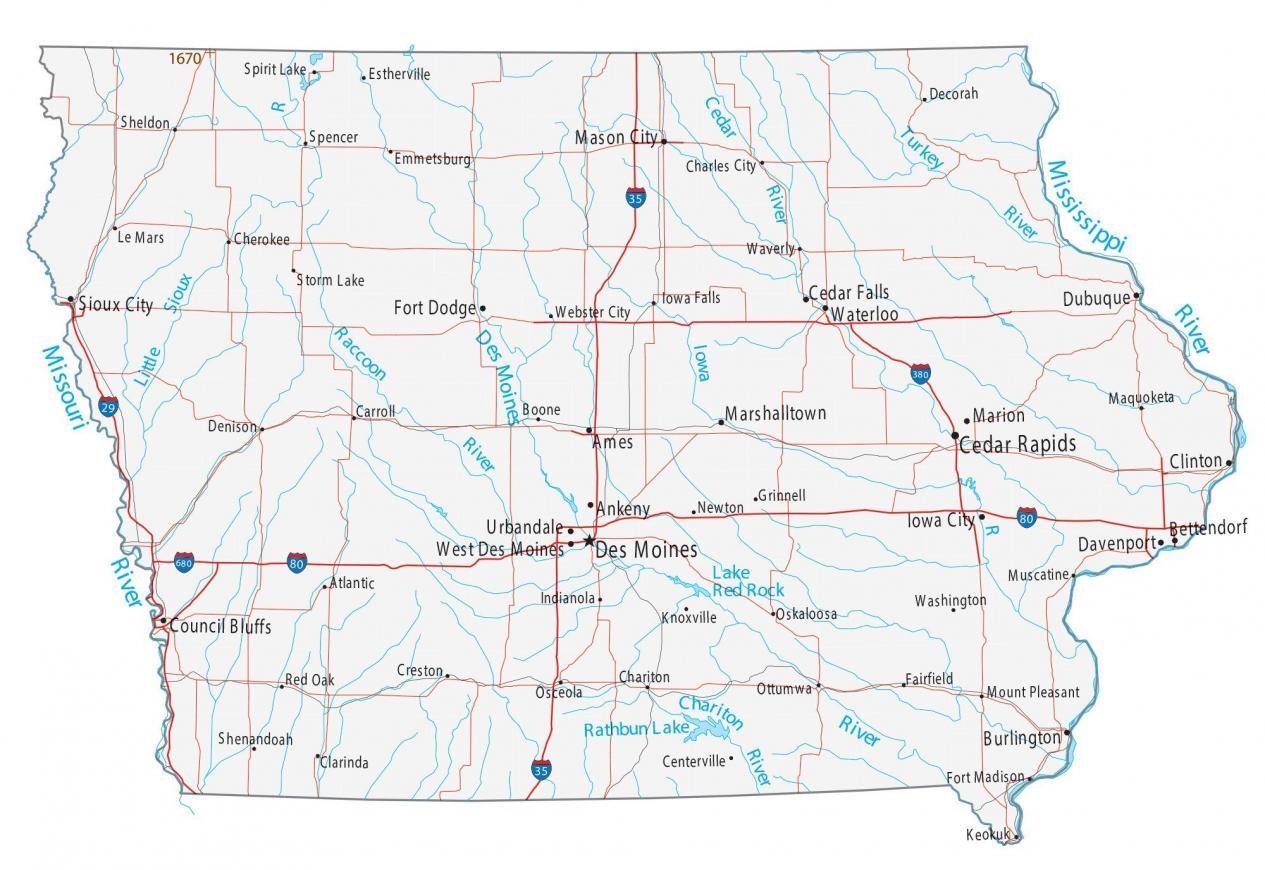 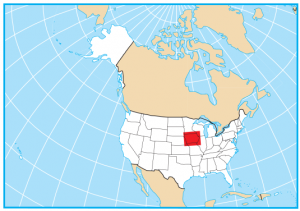 This Iowa map displays cities, roads, rivers and lakes. Des Moines, Cedar Rapids and Davenport are some of the major cities shown in this map of of Iowa.

Iowa is known for it’s wrestling. It breeds some of the best wrestlers in athletics. Other than that, it’s best known for corn, sliced bread and its nickname as the Hawkeye State.

Most people think of Iowa as being flat and dull. But in reality, it has rolling hills, and even steeper hills and valleys in the northern area. It borders South Dakota, Nebraska, Missouri, Illinois, Wisconsin and Minnesota.