What is Map Algebra (Raster Math)?

But the key difference is that it only applies to raster data. That’s why we also call it raster math.

Then, let’s practice with an example.

The most common type of map algebra is a cell-by-cell function. This type has rasters directly stacked on top of one another. Then, the function applies to cells aligned with each other.

But you can also change the configuration so it’s not only cell-by-cell. Here are the types of map algebra operations that you can use:

Let’s review how each type works.

→ Click Here to Get a FREE Course in Python Programming! ← 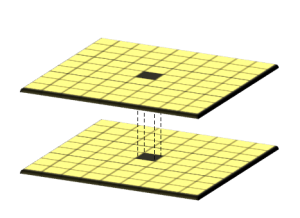 The simplest approach is map algebra on a cell-by-cell basis. For example, you have 2 rasters stacked on top of each other. Then, you add each cell one-by-one.

If raster cells represent temperature, you can subtract them both at different time periods. By using a local operation, you can find the difference in temperature for each cell. 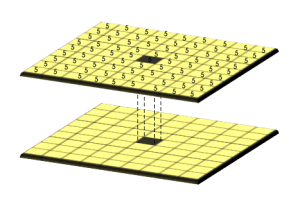 Global operations apply a bulk change to all cells in a raster. If you want to add a value of 1 to all grid cells, this is a global operation.

For example, Euclidean distance is an example of a global operation. By calculating the closest distance away from a source, it applies the function globally in a raster. 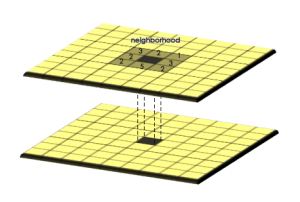 Focal operations are spatial functions that compute an output value of each cell using neighborhood values. For example, convolution, kernel, and moving windows are focal operations.

MOVING WINDOW: A moving window is a rectangular arrangement of cells that shifts in position. By applying an operation to each cell from a moving window, it commonly smooths values in a raster. 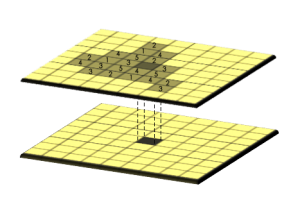 Zonal operations apply a math function to a group of cells within a specified zone. For example, a zone could be a vector or raster format.

If you want to find out how much rain is in a watershed, you can use a zonal operation. By using a raster with precipitation, you can set your zone as a watershed with a sum function.

Here are examples of operations that you can use for map algebra:

If you were to take a snapshot of land surface temperature in April 2015, it would look like this: 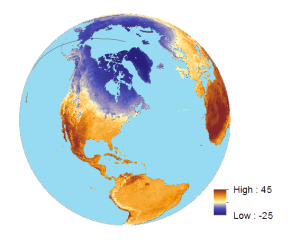 Then, if you took April 2014 land surface temperature, here’s what it looks like: 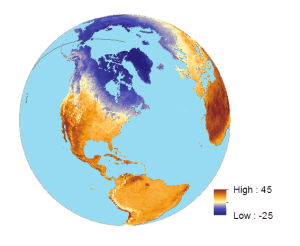 When you subtract April 2014 from April 2015 for land surface temperature, it shows the difference between temperature for two given periods. 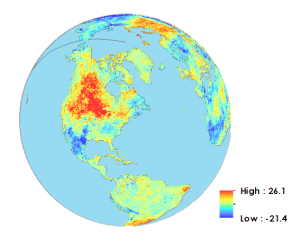 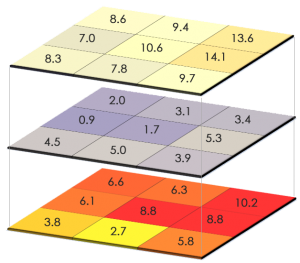 What happens when you have null values? Null isn’t a numerical value. If there are null values in any of the raster cells, they will remain as null in the output raster.

You can use map algebra in ArcGIS by using the Spatial Analyst tools. Now, let’s get hands-on experience using the raster calculator in ArcGIS: 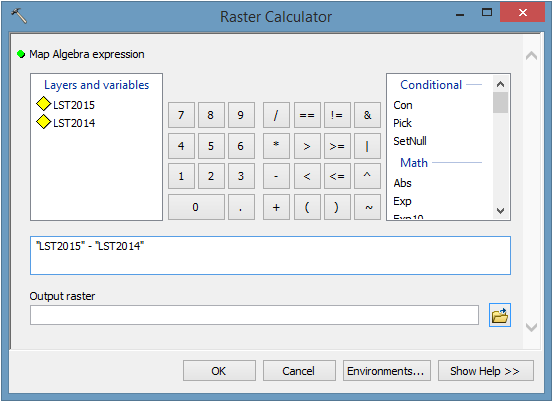 Relational operators are logical functions that test a relationship. For example, here are operators that test logic:

Examples of relational operators are:

You can really crunch numbers using tools like zonal statistics. This tool uses a statistical operator to evaluate numbers for all cell values within a zone.

For example, zonal mean, median, and minimum are tools that use statistical operators.

→ Click Here to Get a FREE Course on Intro to Statistics! ←