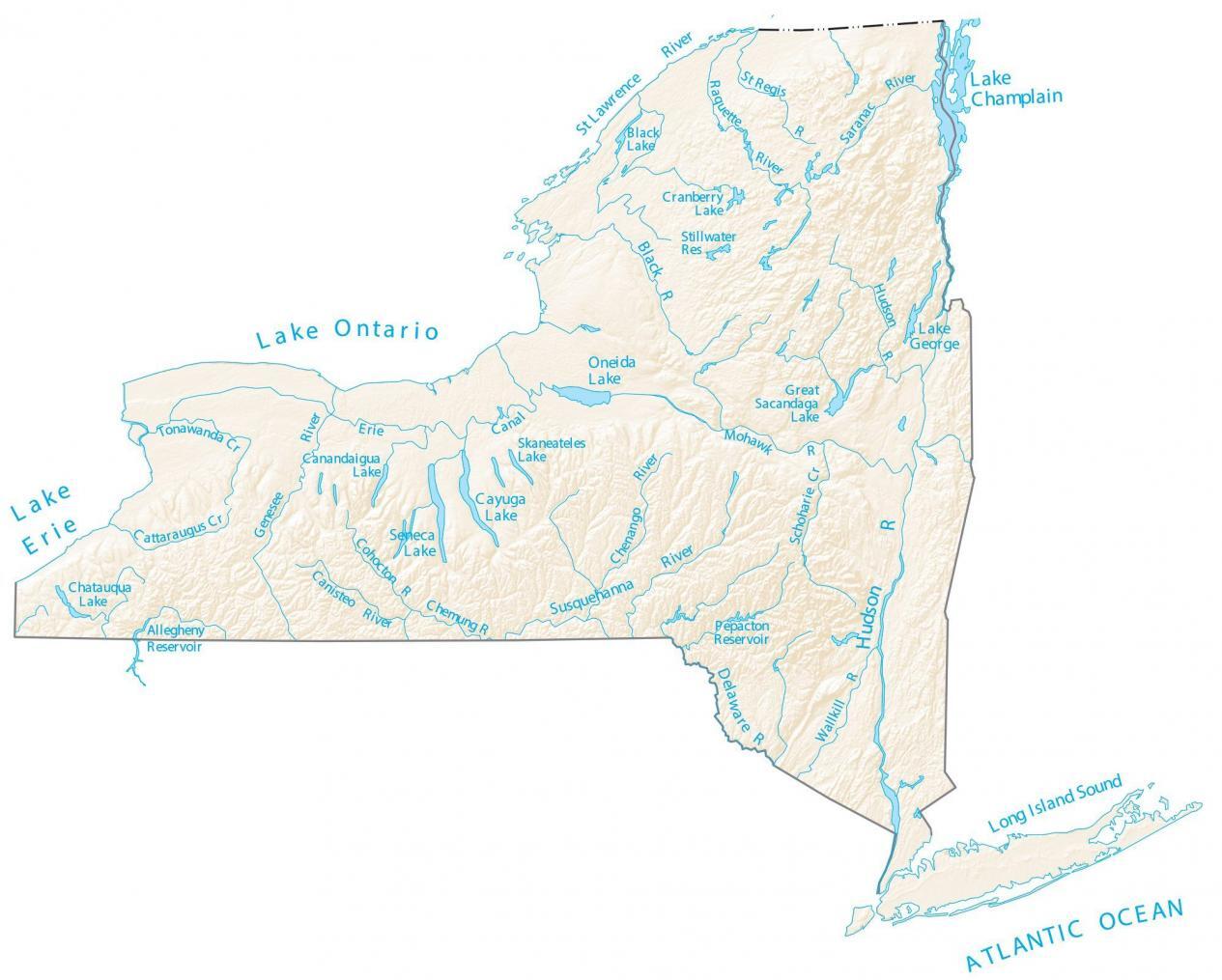 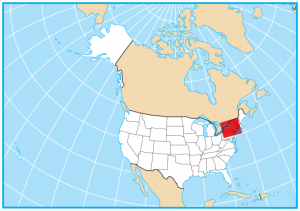 This map shows the major rivers, reservoirs, and lakes of New York. In general, rivers in New York flow into the Atlantic Ocean, the Great Lakes, and the Gulf of Mexico.

Whether it’s Lake Erie, Lake Ontario, or Lake Champlain, New York has over 7600 freshwater lakes, ponds, and reservoirs. For example, Finger Lakes is one of the prime recreation areas for New Yorkers. It consists of 11 narrow lakes and totals 133,480 acres in area.

Some of the major rivers In New York are the Hudson River, Delaware River, and Susquehanna River. In fact, New York’s boundary with Ontario, Canada is the St. Lawrence River, which flows through cities like Montreal, Quebec City, and Trois-Riviere.