What is the Greenwich Meridian?

Longitude lines like the Greenwich Meridian run north-south and converge at the poles.

Lines of longitudes run between -180° and +180° . But there’s a special longitudinal line where all x-coordinates start at 0°.

This special north-south line is where we measure east and west and is the Prime Meridian.

We also call it the Greenwich Meridian because it runs through Greenwich, England.

Everywhere on Earth has a position because we can assign them geographic coordinates. We measure these coordinates as lines latitude and longitude.

The 0° line of longitude starts at the Prime Meridian. It’s also called the Greenwich Meridian because it runs through Greenwich, England. Then, we can measure 180° to the west or 180° to the east. 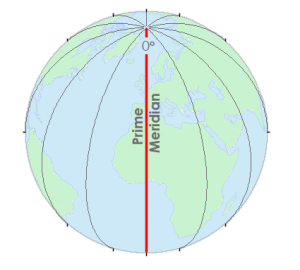 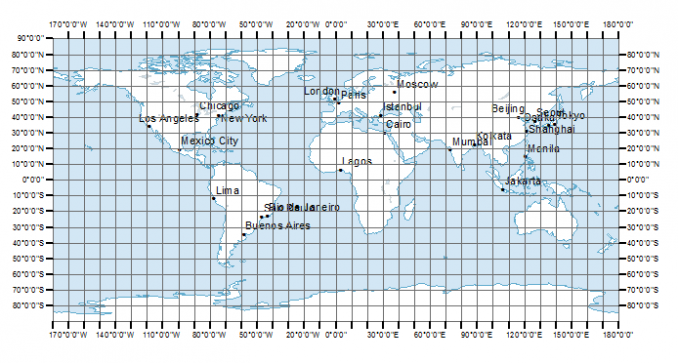 We use an ellipsoid to approximate the surface of Earth. It’s not a perfect sphere because it flattens a bit at the poles. Then, we use the ellipsoid to reference all latitude and longitude coordinates to it.

A datum describes the shape of the Earth in mathematical terms. Each datum specifies:

Longitudes:
X-coordinates are between -180° and +180°, which are called longitudes. 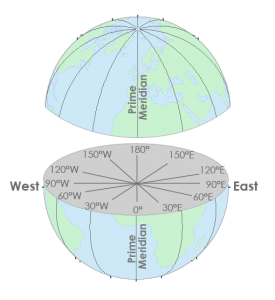 Latitudes:
Y-values are between -90° and +90° degrees, which are lines of latitudes. 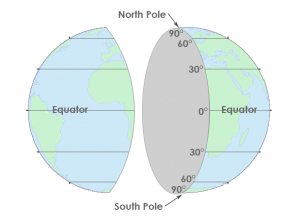 The 0 degree line of longitude that passes through the Royal Observatory in Greenwich, England is the Greenwich Meridian.

This line is the starting-point for longitudinal lines that run north-south and converge at the poles.

The Greenwich Meridian (or prime meridian) is a 0° line of longitude from which we measure 180° to the west and 180° to the east. These measurements are the basis of our geographic reference grid.

Photogrammetry uses photographs from at least two different vantage points. It obtains depth and perspective because of separate points of observation.