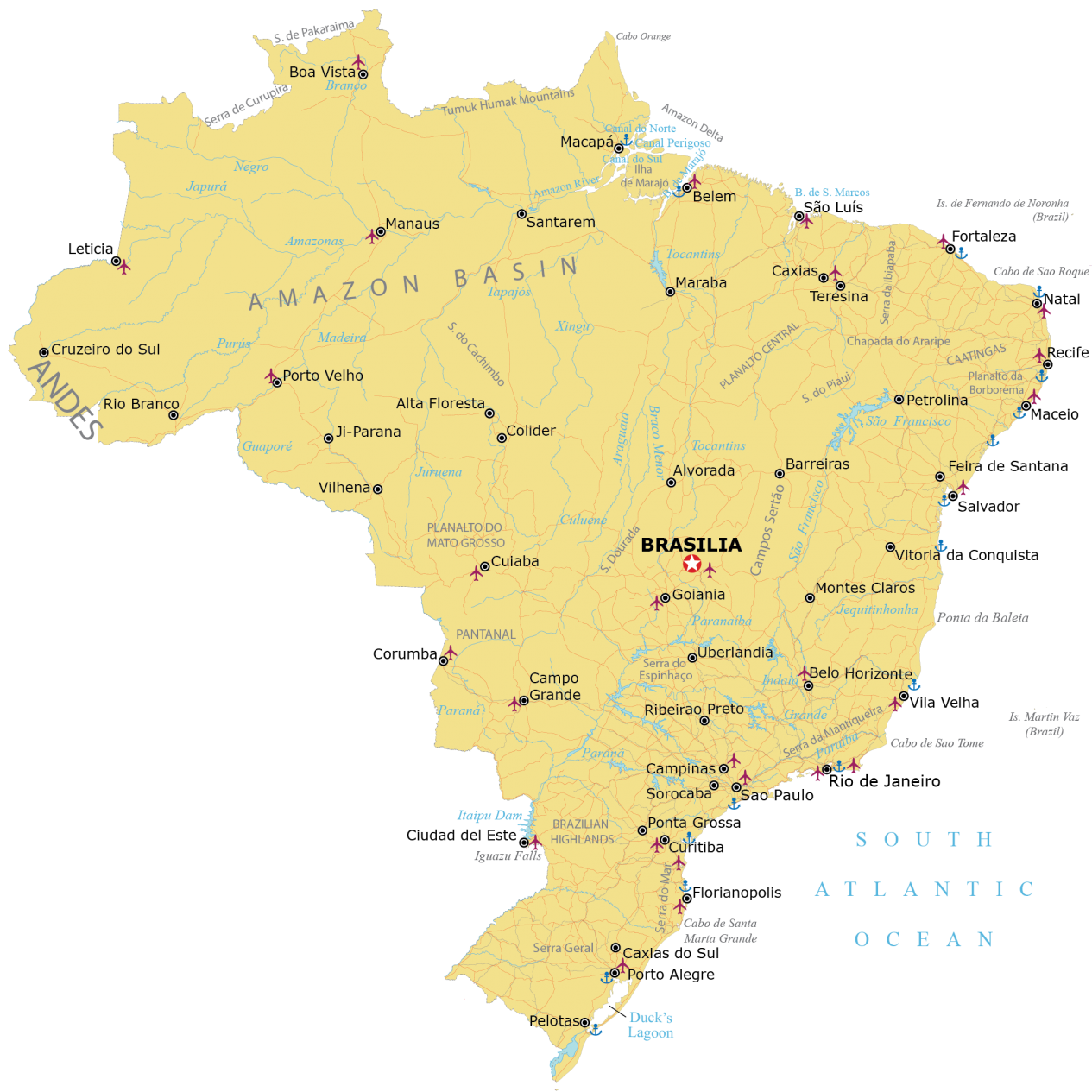 Brazil is located in eastern South America and is the largest country in the entire southern hemisphere. It’s so large that it shares common boundaries with every South American country except Chile and Ecuador. Also, it’s surrounded by the Atlantic Ocean on the east coast of Brazil.

The terrain of Brazil is mostly flat to rolling lowlands in the north. There are also some plains, hills, mountains scattered across the country. For example, Pico da Neblina is Brazil’s highest mountain peak at 2,995 meters in height.

Brazil’s climate is temperate in the south, but it’s mostly tropical. One of the most notable characteristics of Brazil is its tropical rainforests in the Amazon. Deforestation of the Amazon is one of Brazil’s biggest environmental challenges. Another key feature is Iguazu Falls, along its border with Argentina.