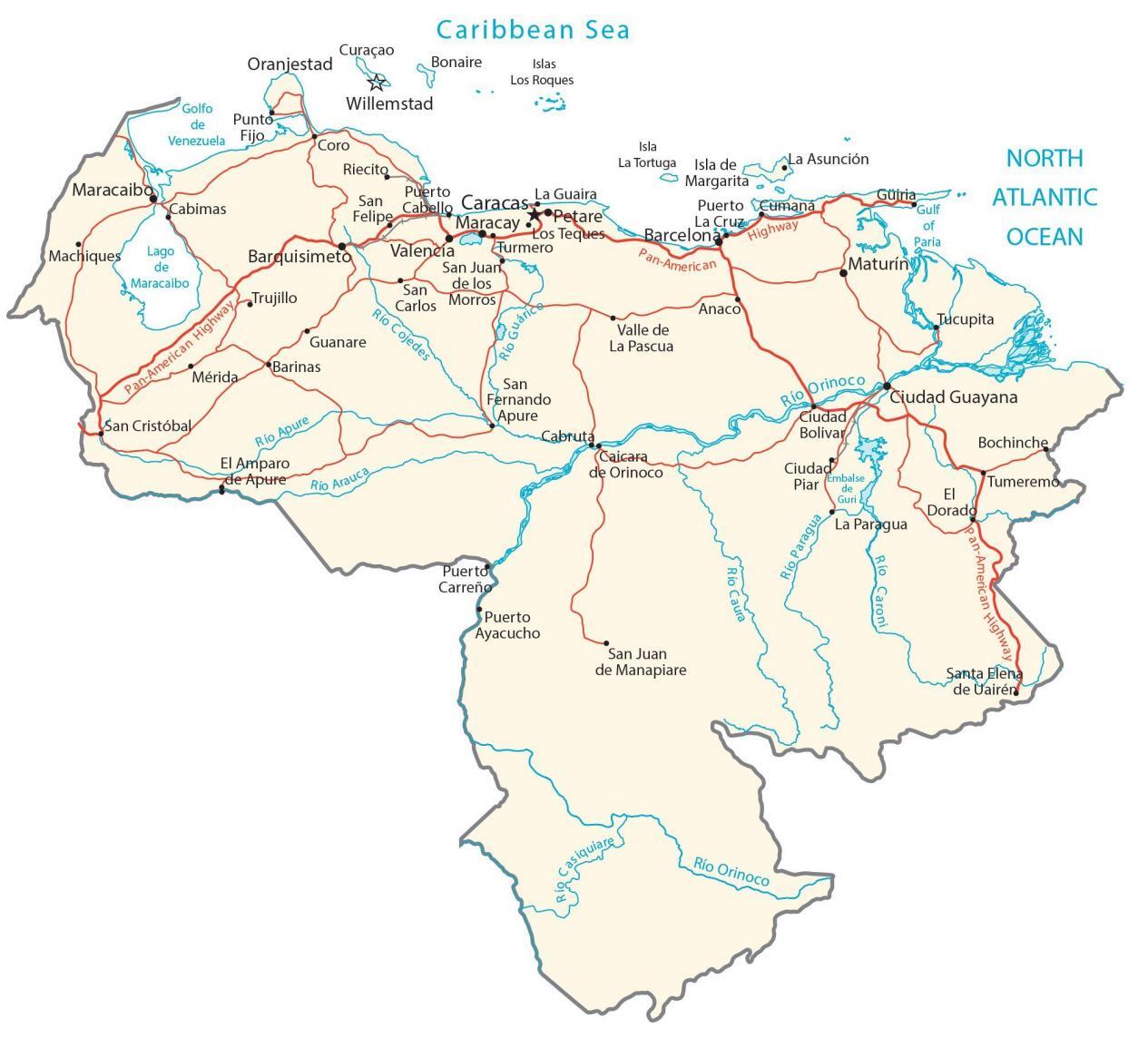 Venezuela is located in northern South America, along the Caribbean Sea. It borders 3 other countries including Guyana, Brazil and Colombia.

The most prominent feature in Venezuela consists of the Andes Mountains in the west and Maracaibo Lowlands in the northwest. Then, the llanos grassy plain dominate the central region. Finally, the Guiana Highlands, which includes the geological wonder Tepuis table-top mountains in the southeast.

Venezuela’s highest point is the Pico Bolivar, standing at a height of 4,978 meters. This mountain peak holds the world’s longest & highest cable car in the nation.