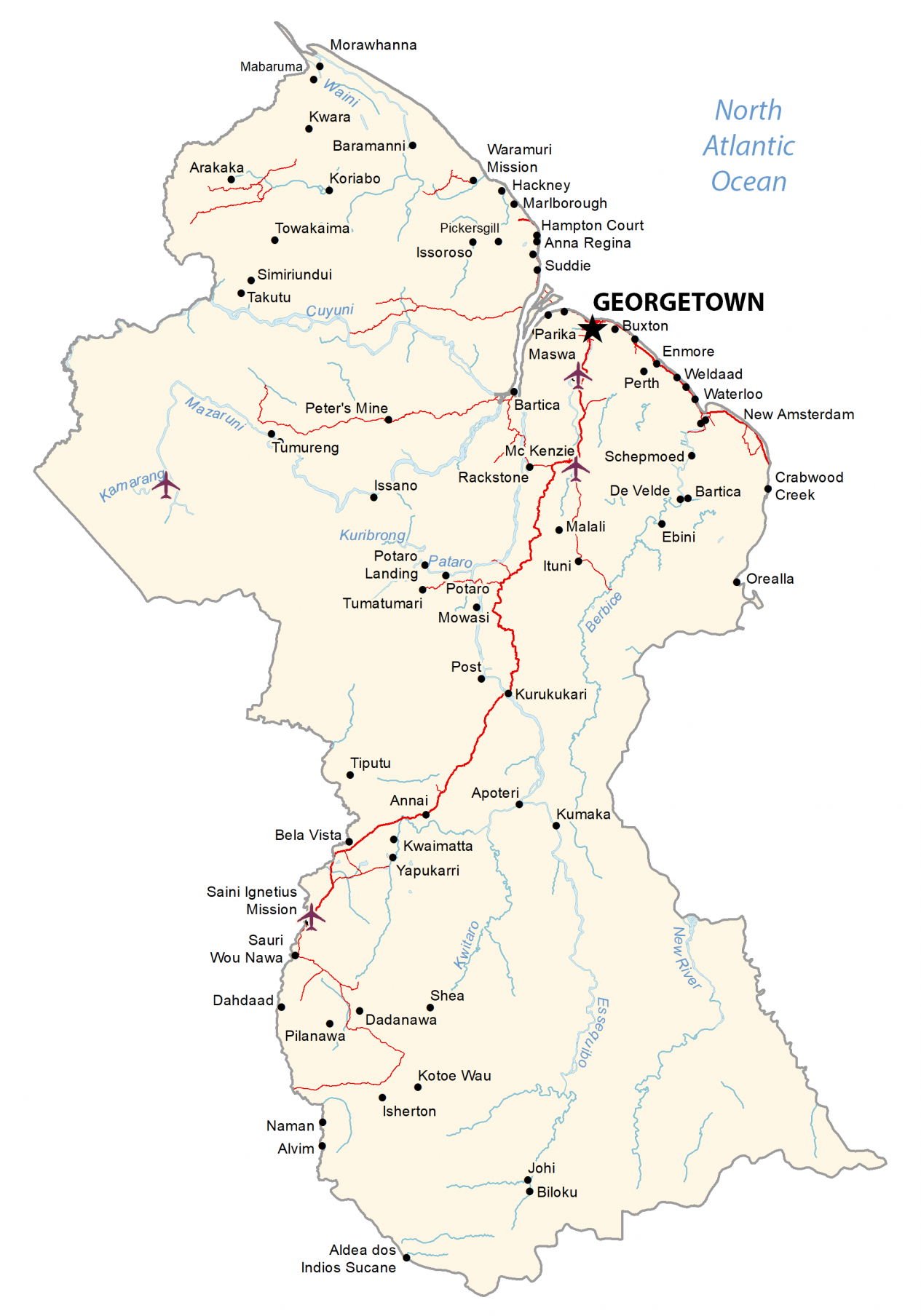 This Guyana map displays cities, towns, highways, satellite imagery, and elevation. Guyana is located on the northeast coast of South America next to Venezuela, Suriname, and Brazil.

Guyana is 215,000 square kilometers (83,000 sq mi) in area, making it the third-smallest country in mainland South America. Its population is close to 750,000 people with the largest population in the capital city of Georgetown.

Guyana is known for its dense rainforests and is the only English-speaking country in South America. It shares cultural similarities to the Caribbean region but also has an influence from its British colonial architecture. The climate is tropical because it’s situated close to the equator with heavy periods of heavy rainfall.